You are here: Home / Health / 20 Scientific Reasons Milk is Bad for Your Health
Health

The nutritional scientific community has known for decades that this is milk (dairy) does more harm than good.

In fact, it's one area of common ground plant-based and Paleo diet followers converge on.

It's bad news all round. The human body doesn't need it, doesn't respond well to it, and it promotes disease.

Sure, milk contains calcium and protein and many other nutrients, but it also contains so many problematic substances.

Cow milk is designed to grow a 65lb calf into a 1000lb cow as rapidly as possible. It's growth fluid, essentially. 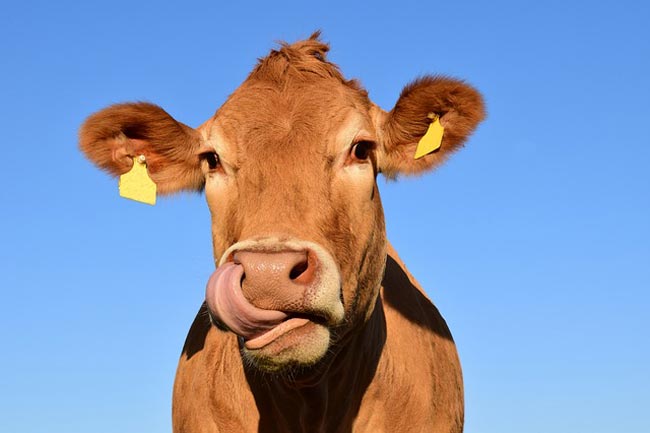 Everything in it – the hormones, the lipids, the protein, the sodium, the growth factors, the IGF-1 – it’s all in there to promote rapid growth. Whether it’s in milk (live or pasteurized), butter or cheese or ice cream, it's baby calf growth fluid.

When humans drink cow milk it promotes the growth of tissue all over the body (cancer promoting). Not only that, this is the milk of a large mammal that just had a baby, which means the estrogen levels in milk are off the scale.

And in modern farming, the cow is perpetually pregnant to keep production going. So that means higher levels of estrogen. You are drinking the estrogen- fueled milk of a large bovine mammal.

That doesn’t sound right, does it?

Within 15 minutes of drinking a glass of milk your urine will show a massive spike in potent mammalian hormones like estrone, progesterone, estradiol, estriol.

This is hugely problematic for women in particular, because higher concentrations of estrogens correlates with high rates of breast cancer. Additionally, as many as 37 percent of human breast cancer cases may be attributable to exposure to bovine leukemia virus.

Dairy is also problematic for men, thus the documented link to prostrate cancer.

Then there’s the dairy proteins; the casein, the lactalbumin – these are not conducive to human health.

These proteins make asthma worse, cause sinus problems (sinus drip), cause acne (the whey protein stimulates genes that makes the oil glands in the the skin release an acid oil), and cause inflammation – particularly problematic for those with Rheumatoid arthritis and similar conditions.

And then there's D-galactose, a breakdown product of lactose that has been shown to be pro-inflammatory. In addition, there's the antibiotics and growth hormones (generally non-organic), and the puss and blood in the milk.

Between the fat, the growth factors, and the antigenic proteins (foreign to the body that evoke an immune response), you have to take a good look at what you’re actually consuming.

Milk is clearly not designed for human consumption, and is far more problematic in human adults that human babies because we aren’t baby cows trying to grow into huge cows as quickly as possible.

All these nutrients cows use to make milk they get from the vegetation they graze on (or feed they are given). So why not just go to the source and eat the nutritious vegetables? It doesn’t make sense to stop feeding from our own mothers at 2-years old and start feeding from cows.

Through peer-reviewed, independent scientific studies, dairy has been linked to a range of diseases and health conditions. The following is a list of the main areas of concern, and below this list are some of the findings from key studies on this subject matter.

20 Reasons Milk (Dairy) is Bad for Your Health 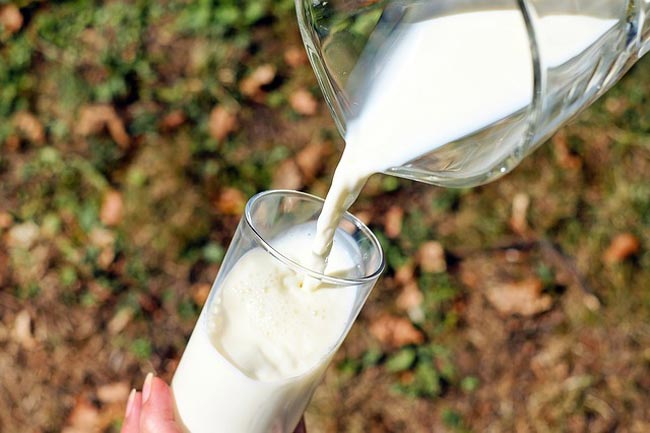 1. Approximately 75% of the world’s population is genetically unable to properly digest milk and other dairy products, making lactose intolerance the most common food intolerance. Symptoms include nausea, cramps, gas, bloating and diarrhea. [1]

2. In interventional studies, dairy protein has been shown to increase IGF-1 (Insulin-like Growth Factor-1) levels, which has been implicated in several cancers. [2]

3. Higher dairy intake is linked to higher risk of ovarian cancer. A Swedish study showed that women who consumed four or more servings of dairy each day were twice as likely to develop ovarian cancer as those who consumed two or fewer servings. [3]

4. A Harvard study found that men with the highest calcium intake (at least 2,000mg a day) had nearly double the risk of developing fatal prostate cancer as those who had the lowest intake (less than 500mg per day). [4]

5. Cheese is the number one source of saturated fat, topping beef. Milk is the third largest source. Saturated fat raises the level of LDL cholesterol in your blood, increasing your risk of heart disease and stroke. [5]

6. A single serving of whole milk can contain more than 20% of the recommended daily allowance (RDA) of saturated fat. Consuming three servings of milk puts you at 60%, even before eating any food. [6]

7. Hypertension is a major risk factor for development of stroke and coronary heart disease. In a study of eighty-nine thousand Californians, those who cut out all dairy (and meat and eggs) from their diet reduced their risk of high blood pressure by 75%. [7]

8. Dairy foods are among the top sources of sodium. High sodium intake is a risk factor for cardiovascular disease. [8]

9. Studies involving more than 300,000 participants found that overall dairy consumption was associated with significantly increased risk of Parkinson’s disease. It was concluded that Parkinson’s risk may increase 17% for every daily cup of milk consumed. [9]

10. A study that analyzed the relationship between MS prevalence and dairy consumption in 27 countries found that populations that consumed more dairy had higher rates of Multiple Sclerosis. [10]

12. In a study averaging 16 days per person, type 2 diabetics were placed on a plant-based diet (no meat or dairy) and weighed each day. If they started to lost weight they were made to eat more.

Even with no weight loss, their insulin requirements fell by 60%. Half of the diabetics were able to get off insulin all together, despite no change in weight. Some subjects had been diabetic for 2 decades and injecting 20 units of insulin a day. [11]

12. It is likely that Cow’s milk protein plays a role in the development of type-1 diabetes through a process called molecular mimicry. [12]

13. Taken together, milk desserts, milk drinks and yogurt make dairy the fifth largest source of added sugar. 11 percent of all sugar goes into the production of dairy products. [13]

=> Click here to see this information in an infographic

14. Foods of animal origin have long been associated with increased asthma risk. A study on asthmatic children showed that removing dairy and eggs from the diet improved lung function in as few as eight weeks. [14]

15. A study in Sweden showed that women who consumed large quantities of milk (daily) were more likely to sustain fractures than those who drank little to no milk. In addition, the high milk-drinkers did not have improved bone health. [15]

16. Despite consuming the recommended intake of calcium for optimal bone health, an estimated 10m Americans have osteoporosis. Another 34m have low bone mass, placing them at increased risk for osteoporosis. [16]

17. A 2014 study showed that higher milk consumption during teenage years does not lower the risk of hip fracture in adults. [17]

18. Numerous studies have linked the consumption of all types of cow’s milk to an increased prevalence and severity of acne in both boys and girls. [18]

19. The majority of milk comes from cows that are fed antibiotics. This practice is leading to antibiotic-resistant bacteria, which decreases the effectiveness of antibiotics used on humans. [19]

20. Dairy products are low in a number of beneficial dietary components such as antioxidants, and fiber – a nutrient that 97% of Americans are deficient in. [20]

3. Lanou AJ. Should dairy be recommended as part of a healthy vegetarian diet? Counterpoint. The American journal of clinical nutrition 2009;89:1638S-42S.