You are here: Home / Health / 7 Steps to Lower Your Triglycerides Levels to Normal Range
Health

If you have a blood test which has comeback showing a reading of high triglycerides, you might be a little bit worried about what this means for your health.

The good news is  that there is a lot you can do to fix this problem without medical intervention.

But first let's understand what triglycerides are and what the likely cause is for your high reading. 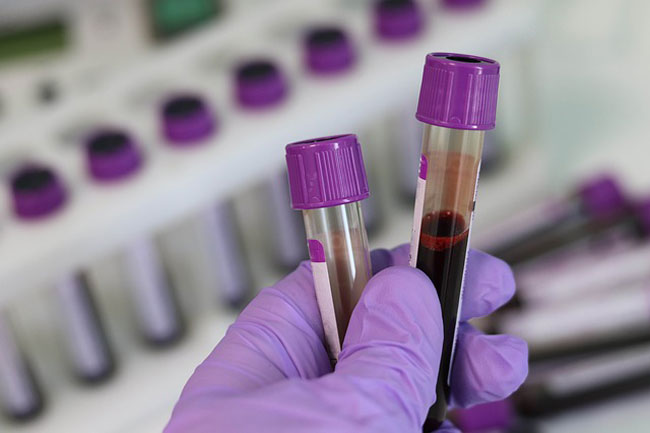 Triglycerides are a type of fat found in the blood and in body fat.

Triglycerides can provide your body with energy or be stored and used as fat.

Triglycerides are produced by the liver but also obtained from the diet, mainly through meat, dairy and cooking oils.

What Is Considered Normal Triglycerides Levels?

Why Do High Triglycerides Levels Matter?

Cardiovascular disease is a general term for conditions affecting the heart or blood vessels, such as stroke and heart disease. It is usually associated with a build-up of fatty deposits inside the arteries (atherosclerosis) and an increased risk of blood clots.

High triglycerides are often associated with other health conditions such as obesity, high blood pressure, pre diabetes/diabetes, and raised cholesterol.

Dietary factors were estimated to be associated with a substantial proportion of deaths from heart disease, stroke, and type 2 diabetes. These results should help identify priorities, guide public health planning, and inform strategies to alter dietary habits and improve health. (1)

If you have been diagnosed with high triglyceride levels then it may be the case that you are also struggling with your weight and other associated conditions as mentioned above. It is also likely that the testing also showed raised cholesterol and an unhealthy LDL cholesterol level.

The good news is that triglyceride levels can be lowered through lifestyle change. That means that you can take control of this condition and begin to solve it without the need for medication.

The most effective change you can make immediately is to change the way you eat. Adopting a whole foods plant-based diet comprising fruits, vegetables, whole grains and legumes is proven to lower triglyceride levels.

Cut right back on processed foods, in particular those high in salt, sugar and saturated fat. Stop buying takeaways and eating at fast food restaurants and buying ready meals. Start cooking fresh food at home instead.

A nation-wide analysis of U.S. grocery purchases reveals that highly processed foods make up more than 60 percent of the calories in food we buy, and these items tend to have more fat, sugar and salt than less-processed foods. (2)

Having the odd treat is one thing but if sugary, processed snacks are a daily habit you need to change. Cut out cakes, biscuits, crisps/chips, and ice cream. Stop drinking soda drinks like cola, too.

This will be hard at first because the cravings will persist. Replace these things with fruit, nuts and seeds instead. You'll feel a lot healthier for it.

Most US adults consume more added sugar than is recommended for a healthy diet. We observed a significant relationship between added sugar consumption and increased risk for CVD mortality.(3)

Step 3. Cut Back on Meat and Dairy

Make sure you get plenty of fibre in your diet. It's really easy to do. Simply double the amount of vegetables and fruits and legumes in your diet today.

Make sure you eat whole grains and fruit for breakfast (no sugary cereals, though), and that every evening meal is accompanied by a big salad and has steamed or boiled veggies on the side

Individuals consuming the highest amounts of dietary fiber intake can significantly reduce their incidence and mortality from cardiovascular disease. Mechanistically, these beneficial effects may be due to dietary fibers' actions on reducing total serum and low-density lipoprotein cholesterol concentrations between 9.3 to 14.7 mg/dL and 10.8 to 13.5 mg/dL, respectively. (5)

Alcohol is high in sugar and calorie dense. Alcohol is also a neurotoxin and associated with seven different types of cancer.

For better sleep, regulate your bedtime and wake time and avoid stimulants such as caffeine in the later afternoon and evening.

Exercise for a minimum of 30 minutes a day, five days a week. That's a 150 minutes of moderate intensity activity a week. Whatever exercise you are doing should raise your heart rate. Simply walking isn't enough.

Start by jogging a little until you feel out of breath, and then stopping and walking for a while, and then jogging again. Do this intermittent training until you feel that you can run further without stopping.

By eating a diet centred around Whole Foods and a high fibre intake, and by exercising regularly and sleeping properly, we can maintain a sustainable weight and reduce the risk of cardiovascular disease.