You are here: Home / Lifestyle / 35 Vegan Celebrities Enjoying the Benefits of a Plant-Based Diet

It seems like every other day a new vegan celebrity emerges touting the benefits of a plant-based diet.

And it's no wonder why.

Science has proven beyond doubt that a healthy vegan diet is the best way to improve mental health, build a strong body, reduce the chance of heart disease, type 2 diabetes and some cancers, and to extend your life.

Plus, you reduce the suffering of animals and help improve the health of our planet.

Who doesn't want a piece of that!?

Well, here's 35 vegan celebrities that most certainly do.

Animal lover and wild child, Miley Cyrus, is extremely vocal about her commitment to animal rights and cruelty free living. A proud owner of a passel of pets, Cyrus went vegan after the death of her beloved dog, Floyd, and now owns a pet pig. 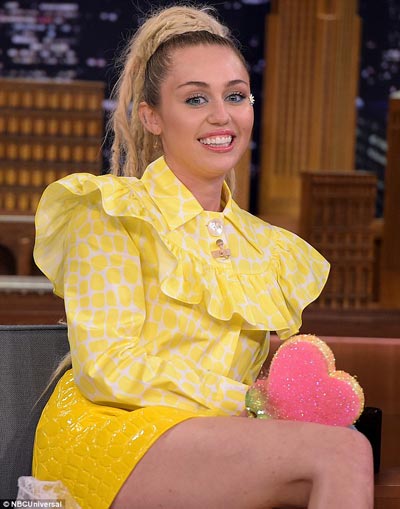 Many vegans can credit their conversion to Phoenix- he played an instrumental narrative role in the gripping documentary, Earthlings, which exposes the horrors of the industrial meat and dairy industry and challenges watchers to rethink their stance on eating animals. Though occasionally erratic in interviews, Phoenix’s commitment to a vegan lifestyle is unwavering.

Known for her portrayal of the mysterious Luna Lovegood from J.K. Rowling’s Harry Potter, Lynch is a vegan advocate who frequently speaks against the violence of the animal agriculture industry. Lynch noted that she’s been a vegetarian since she was 11, but that her transition to veganism didn’t happen until 2015.

Former United States president, Bill Clinton, has stated that he wouldn’t be alive if he hadn’t switched to a vegan diet. Clinton has lauded the lifestyle for its many benefits: namely, energy and continued health, especially in the wake of his quadruple coronary bypass surgery in 2004.

A long-time vegan, Harrelson first eschewed animal products nearly 30 years ago. Since then, he’s been an advocate for animal rights and healthy living. Reports state that Harrelson has even adopted a raw vegan diet during different periods of his life, proving that a vegan diet is entirely sustainable.

While Pamela Anderson’s racy PETA ads have made quite the splash like those in her early career, the actress is a longtime supporter of the organization for animal rights. Anderson has been vegan herself for quite some time and she remains a vocal advocate for cruelty free food and fashion. 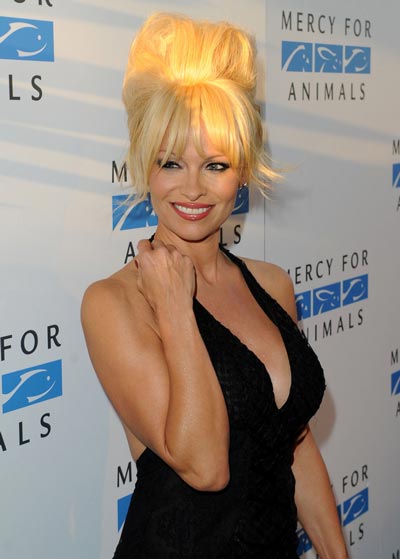 High profile vegan celebrity Ellen DeGeneres has used her talk show platform to explain her reasoning behind her decision to become vegan: compassion. She and wife, Portia de Rossi, have been vegan since 2008 and are very vocal about the health benefits of a plant based lifestyle.

Actress and PhD scientist, Mayim Bialik, has been a longtime vegetarian and began eschewing all animal products after the birth of her two young children. After reading the book Eating Animals, Bialik was convinced that a plant-based diet was the right path for both her and her young family.

For musician Moby, the reasoning behind his veganism is simple: a love for animals. Moby has been vegan for over 30 years now, crediting a deep bond with a cat named Tucker as the catalyst that turned him fully plant based. Since then, the musician has been vocal about his support for animal rights and the benefits of a vegan diet.

Best known for the line ‘meat is murder,’ Morrissey didn’t actually turn vegan until 2015 when he began to realize that the entire animal industry was problematic. A longtime vegetarian, Morrissey’s decision to turn completely plant based has led to collaborations with PETA and an increase in animal advocacy on behalf of the musician. 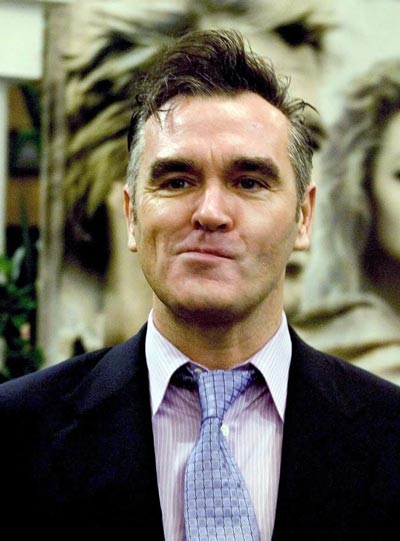 Though Stevie Wonder admitted to James Corden that he missed chicken, he also attests that he loves eating a vegan diet. Wonder has also praised the plant-based lifestyle for providing him with options he wasn’t even aware of.

Dinklage’s character on Game of Thrones might be a tad violent, but this is a far cry from reality as this British actor has been vegetarian since childhood. In recent years, Dinklage has turned completely vegan and has even partnered with PETA to create a ‘Face Your Food’ campaign that introduces viewers to the reality of factory farming.

This academy award winning director found veganism in 2011 and has never looked back. After listing the benefits (health, better skin, a slimmer waistline, a higher sex drive and a longer life), Cameron admits that his entire family has gone plant-based and reaped massive benefits.

Long-term vegetarian, Alicia Silverstone, has been an animal activist and vegan since she was 20 years old, making her one of Hollywood’s most well known and outspoken advocates of a plant-based diet. Silverstone’s revelations about the animal agriculture industry and her tips for a healthier lifestyle are outlined in her book, The Kind Life. 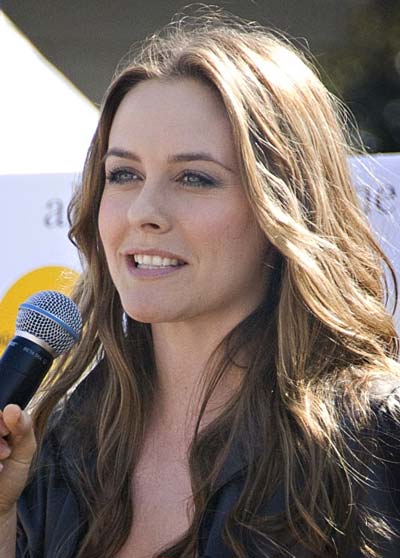 Pitt’s disdain for red meat led to a vegetarian- and then vegan- way of life. The actor, though not extremely outspoken about his lifestyle choices, remains committed to a plant-based diet for health and environmental reasons. Even still, he is a massive vegan celebrity. Nice one, Brad.

As the daughter of a vegan chef, it makes perfect sense that Chastain herself would be vegan, but she didn’t make the transition from vegetarianism until nearly 2007. At that time, Chastain gifted her mother a food truck (Seed on the Go) that serves up plant-based fare in Northern California.

>> Your Next Read: 25 Best Vegan Cookbooks Ever

Acclaimed Irish singer/songwriter Sinead O’Connor eschews all animal products in favor of a plant-based diet, and has her health and vitality to thank for it! Incidentally, the late Prince, who wrote her hit song Nothing Compares To U, was also supposedly a vegan.

After losing 100 pounds in a little over 80 days- a feat that almost seems like magic, Jillette revealed that he had adopted a vegan diet. Since then, Jillette has been vocal about how drastically a plant-based diet has improved his health and fitness.

Hip-hop mogul Simmons faced the music years ago and changed his unhealthy ways, becoming deeply committed to both his yoga practice and his belief in animal rights. Since then, Simmons has practiced the yogic principle of ‘ahimsa’ (non-harming) and seeks to spread his message through a new book on veganism- The Happy Vegan. 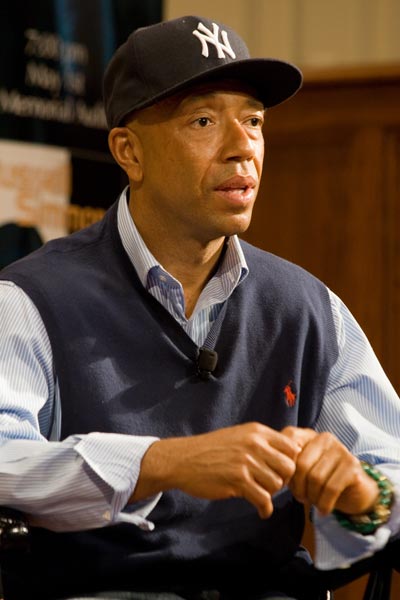 Though she admits to missing butter, JLo praises a plant-based diet for helping her feel (and look) her best. After initially trying out a 22 day meal plan, JLo decided to stick with the meat and dairy free diet after she lost 10 pounds. The singer and actress is now totally committed to living a cruelty free lifestyle, with even her book entitled True Love.

Goulding credits her newfound body confidence and abundance of energy to her transition to a vegan diet, noting that it’s improved her skin, toned her body and improved her overall health. The best part? Goulding has noted that her eyes are brighter and and that she is definitely happier.

Who ever said that vegans don’t have muscle? Named PETA’s sexiest male celebrity in 2016, Hemsworth credits friend and costar, Woody Harrelson, for the information that changed his lifestyle. Citing incidences of animal cruelty and the unhealthy nature of animal products, Hemsworth says he’s happy with his plant-based lifestyle and will maintain it.

United States Presidential candidate, Al Gore, is a well known environmentalist whose advocacy has extended to his plate. After realizing that diet is a major contributor to global warming, Gore decided to eschew animal products in 2013. More a famous vegan than a celebrity vegan, I suppose.

>> Your Next Read? 60 Benefits of Going Vegan

Serbian tennis phenom, Novak Djokovic, is plant-powered! This athlete knows how well plants can prep you for professional success. He’s such a believer in a vegan diet that he’s even opened his own restaurant, Eqvita, which is entirely cruelty-free. 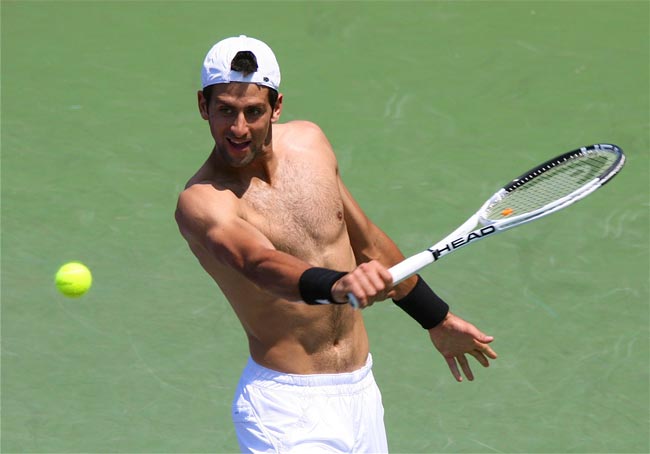 If triathlete Brendan Brazier can get enough protein on a vegan diet, so can you. Brazier, who has performed successfully in a number of competitions, cites environmental and health concerns as the motivating factors behind his transition. The picture of health, Brazier proves that you can be vegan and strong.

Actress Olivia Wilde credits her youthful looks and overall well-being to an exclusively vegan diet. Though Wilde is a long-time vegetarian (she decided to stop eating meat at age 12), her journey to veganism was not always easy and has frequently noted that support is necessary for those considering a transition.

Though Bell- a long-time vegetarian- fluctuated between vegetarianism and veganism during her two pregnancies, her commitment to healthy living and animal rights has never wavered. A lover of animals, Bell’s commitment to animal advocacy was ignited nearly 20 years ago.

There’s no way activist Angela Davis was going to forget about the animals. Davis- a long-time vegan- challenges her supporters to explore connections between race, gender, liberation and veganism. Her decision to eschew animal products came from a conscious desire to reject speciesism.

After Leto realized that the side effects of his acting career (lack of sleep and fast food) was taking a toll on his body, he turned to veganism with the hope that his health would improve. It did, drastically, and Leto now enjoys extreme outdoor adventures, when he’s not acting. 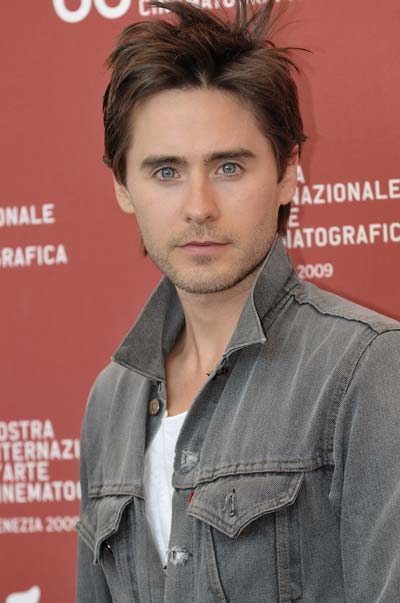 When James Cromwell accepted a role in the movie, Babe, he wasn’t expecting to become an animal activist, but that’s exactly what happened. Citing the film as the factor behind his decision to go vegan, Cromwell is also quite active as an advocate of animal rights.

Though Natalie Portman transitioned back to vegetarianism during her pregnancies, her passion for veganism is well known. Portman has been an outspoken proponent of animal rights and the adoption of a plant-based diet ever since she read Jonathan Safran Foer’s novel, Eating Animals.

For Bryan Adams, it’s quite simple: “if you love animals, don’t eat them.” Adams’ love for his dogs inspired this philosophy and the rock star went vegetarian almost 20 years ago. Though his transition to veganism took some time, Adams is a staunch proponent of a cruelty-free lifestyle and a vegan diet.

Though Steve-O (the outspoken, fun loving and wild star of Jackass) doesn’t seem like the type to care about health and wellness, the past few years have brought quite a change for this star. After giving up drugs in 2008, Steve-O began a commitment to his health that led him to adopt a vegan diet and a compassionate lifestyle.

If anyone knows the importance of strength, it’s former MMA fighter, Mac Danzig, who is also, coincidentally, a vegan. Danzig has proved time and time again that his diet is no detriment to his skill and strength, and he remains a pioneer for plant-based athletes. 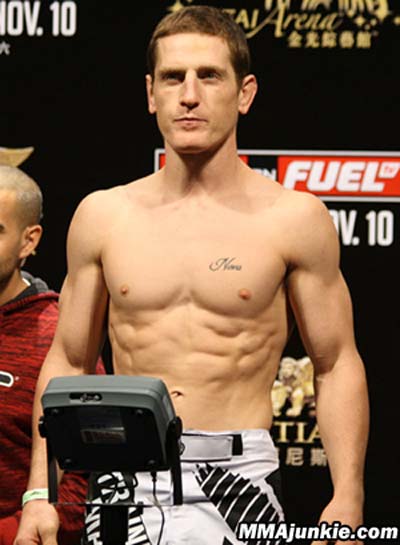