You are here: Home / Morality / Is the Label ‘Vegan’ Doing More Harm Than Good?

Having labels makes life easier in many respects. It enables us to identify specific groups of people and to help those people access the things they need, and to protect them if need be.

Some groups of people enjoy having labels because it separates them from other groups with different ideas, beliefs, and opinions, and others would rather they weren't labelled at all.

In the case of veganism, I think it's time we took a step back and considered whether the label ‘vegan' is hindering progress rather than aiding it.

Like others, I use the label because it's practical and an easy way for people to understand your moral stance on animal exploitation.

However, I'd prefer to simply identify as “non-violent”. 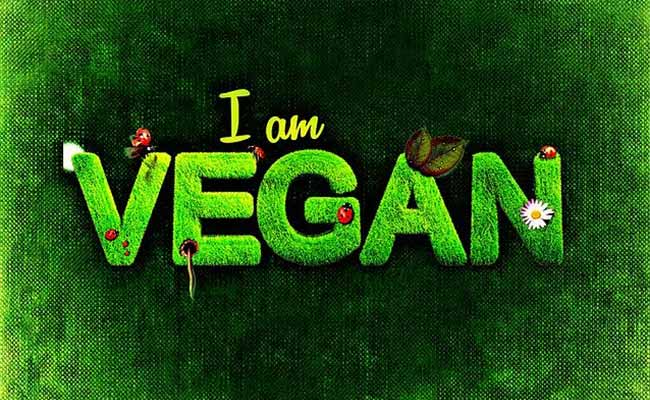 Non-Violence Should Be a Way of Life

The longer I have been vegan the more uncomfortable I have become with the label.

I'm not vegan; I just don't pay others to slaughter animals on my behalf so I can eat their body parts. I consider that to be partaking in unnecessary violence.

Being non-violent is my way of life. I will only attack another being in self-defense or to protect my family.

What kind of society requires those who advocate on behalf of the helpless to identify with a label and accept minority group status?

What kind of society sees those that oppose the enslavement and murder of billions of sentient beings as radical and abnormal?

Surely non-violence should be our default behavior, and something everyone is in support of?

But we 21st century humans have high-level moral agency. So if we have an abundance of food and can meet all of our nutritional requirements without being violent, there is no reason to be violent.

The violence only exists because it is driven by culture and politics. This violence is mandated by the government.

Even for the extremely small number of people who are unable to absorb a particular nutrient from plant-based foods, or have some rare genetic condition that requires them to derive something from animal products, we have the nutritional science and technology to solve these issues while causing minimal harm to animals in the process.

Some will argue that in second and third world countries they don't have the privilege of access to proper nutrition without using animal products in the same way the West does.

This is a completely valid point. But it isn't because countries don't have the resources or aid available, it is largely because the people governing certain countries continually fail to manage and distribute resources fairly and properly to their citizens.

That said, one should also consider that in some of the poorest areas of the world, people are living on a largely plant-based diet – farming their own land – and eating a small amount of meat and fish, which would be considered their luxury foods. I have seen this first hand living in Asia.

In the West, however, our greed and desire for animal flesh is not only fueling the evil of factory farming, but also destroying our health.

Vegans Are Shunned, Non-Violence is Applauded

Most people consider themselves to be non-violent and wouldn't want to harm an animal unnecessarily.

If I say to a new acquaintance at a BBQ that I am non-violent and don't like to hurt animals, they would consider me to be a good person and someone they might like to be friends with.

However, if I explain the same thing by stating that I am vegan, there's a 50-50 chance they would be put off the prospect of being friends with me. It's a strange paradox, because these two moral positions are the same.

You only have to read the hatred towards vegans online to know this is true. There are even specific YouTube channels with thousands of followers dedicated to the hatred of the vegans.

The culture of carnism (the culture of eating animal corpses) continues to ensure that people are raised to be complicit in the violence against specific species of animals, and to oppose anyone who opposes their way of life.

And because carnists are the majority, they feel like it is the correct thing to do and seldom question the actions of eating meat and dairy.

‘Vegan' Can Never Become the Majority

Meat eaters generally don't refer to themselves as “meat eaters” because they are the majority group. Their behavior is considered the norm and taught to the majority from birth. There is no need for a label. It is the status quo.

And this brings me to the overarching point: Once you accept a minority group label, the chances of you being able to break out of that box and become the majority are very slim.

Because when you're inside of that box, you are marginalized by the majority and often belittled, patronized, and treated as somewhat abnormal.

The acceptance of your beliefs and behaviors by those in the majority group is often forced upon them by law, which relates to the protection of minority groups. Therefore, this acceptance is essentially tokenism and not an indication of understanding of empathy.

And so your beliefs and goals are tolerated but not taken seriously as a consideration for becoming the default in wider society.

Once you accept a label, once your group is identified as a minority group that operates outside of mainstream thinking, it is very difficult to escape the stereotyping of a sub-culture and move to becoming the default majority.

Being non-violent should be the default behavior of a civilized society.

It's quite simple: we should endeavor to do the least amount of harm to other sentient beings as possible.

To go from a violent society to a non-violent society, the word ‘vegan' would need to be scrapped. Indeed there would be no need for the label.

My opinion is that it should be scrapped now. It would give non-violence a much stronger platform to grow.

One obstacle to this is that the ‘vegan' label is not simply a convenient way to identify, but that it has become an industry worth millions of dollars.

There's money to be made from this label and many businesses have been built upon its back. It would be a re-branding nightmare to change now.

And so it begs the question: are vegans willing to put identity politics and money before progress? If so, we've become victims of our own cause.

Moreover, we can no longer say we are genuinely trying to end unnecessary violence towards animals.