You are here: Home / Lifestyle / What Do Vegans Eat? A Walk Through My Kitchen Cupboards

Vegans eat tree bark, grass and lettuce. Hehe! But seriously, for many, a world without meat seems strange.

What would you eat if not bacon, chicken nuggets and beef burgers?

No bacon in the morning?

No omelettes or boiled eggs?

No ham in your roll?

No cheese on crackers?

No turkey at Thanksgiving?

We've been raised in a culture where meat is served with pretty much every meal, and in a culture that has convinced us we need meat and dairy for protein.

But now that science says the opposite, and has determined that our meat-eating ways have caused major health epidemics such as heart disease and diabetes, we're questioning this pervasive culture that has dominated our lives for so long.

We're also pretty upset at the treatment of our animal friends, and the damage animal agriculture is doing to the environment.

The bottom line is that we don't need meat and dairy to maintain good health, not unless we're very limited in ur choice for vegetables, legumes, fruits, grains, nuts and seeds.

Whether you're thinking about going vegan yourself, or looking this topic up on because you need to shop or cook for a vegan, in this post, I'm going to give you a personal insight to my kitchen and you with examples of what I eat on an average day.

What Do Vegans Eat?

The word vegan often conjures up thoughts of a restrictive diet that some jokingly refer to as “rabbit food”: Lettuce, carrots, broccoli, errmm…

Vegetables are just an accompaniment to meat, right?

Wrong: because even if you remain a meat-eater, vegetables, fruits and plant-based foods in general should make up at least 80% of your diet.

Without getting into the anthropology, ancestrally, this is how we evolved. And prior to learning to make fire and cook, all we were eating was plant matter, and a few incidental bugs and bits of dirt thrown in too.

So, by giving you a peak into my daily diet, you can get an idea of what a vegan eats on a daily basis, and how plant-based foods can make up your entire diet and keep you very healthy.

Before I do, let me just say for the record that being a vegan doesn't make someone healthy by default. Hell no. Fizzy drinks and chips are vegan, and so are many other sugary and highly salted snacks. Indeed, there are plenty of unhealthy vegans around.

That said, by nature of the beast, the majority of vegans are food conscious. Most have thoroughly investigated the health risks associated with processed meat and dairy consumption, and in turn seek healthier, plant based alternatives.

Vegans also tend to pay more attention to their nutritional intake, reading up on the different types of vegetables, fruits, legumes and nuts and learning about the vitamins they contain.

My breakfast has pretty much remained the same as when I used to eat meat and dairy, though I've swapped out milk for plant-based milks.

As a teenager, I used to eat eggs (far too many). Training in the gym, everyone told me “You need eggs, chicken and tuna to build muscle and be healthy”.

I'm not so easily led now! I also learned to read scientific studies, which helped.

I usually sprinkle ground flaxseed over the top, and I might even go mental and put dried raisins on top too!

I'll then have a cup of berries. Whatever's in season will do, though it's usually blueberries and strawberries.

For a drink, I'll have a glass of coconut water/ or glass of green smoothie (Apple, Kale, Baboo, Spinach) – I've been buying the ‘Innocent' brand of late as I'm short on time to make smoothies. I'll also have a glass of water (wakes up the brain), and a coffee too! 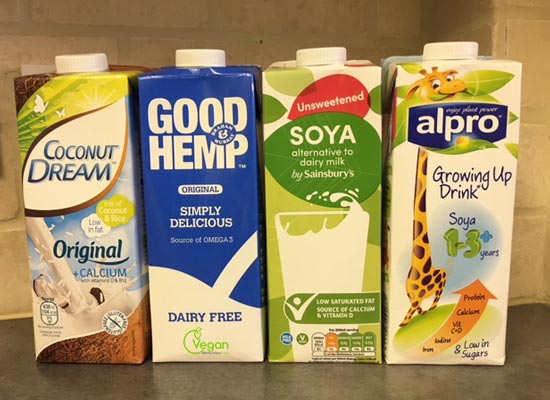 Plant milks are an awesome alternative to dairy. My daughter has the growing up milk. I favour the hemp. Honestly, I tend to buy whatever's on special offer.

Fruit and Fibre cereal, or Weetabix, with hemp milk; or porridge with oatbran, banana, flax seed and raisins. I get the Sun-Maid raisins because they contain no glazing agents or oils.

Plus the cup of berries I mentioned in option 1. 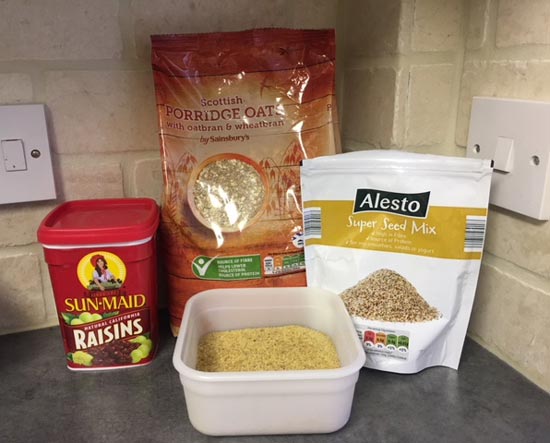 Porridge with oatbran, wheatbran, flaxseed and raisins. What a powerful way to start the day!

Lunch for me needs to be quick and easy. I work from home and I'm usually in the middle of something that I want to crack on with. I keep it simple and healthy.

I might have crackers of some description, like Ryvita, Corn Thins, Oat cakes, or a wholewheat bagel, roll or bap.

I pile on vegan cheese, humous (piri piri, red pepper, yellow split pea, beetroot or other), lettuce, cucumber, olives, pickle (yellow or brown) – whatever yumness I can find in the fridge.

I'll usually have some fruit too, like an apple or pear. 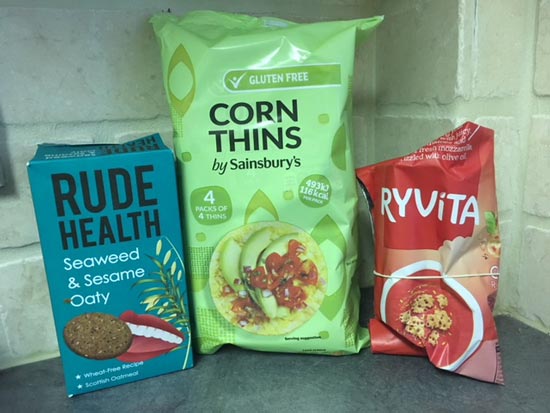 A light lunch with some bread alternatives 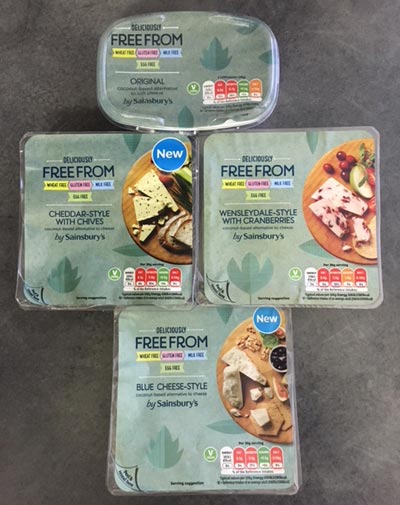 There are so many different types of vegan cheese these days that dairy cheese is so unnecessary.

My snack is usually a mixture of nuts, or some kind of nut/seed bar like a Trek protein bar or something like those pictured below. I might have another piece of fruit too.

I usually have a green tea in the afternoon, or some of my homegrown mint (see here) and sometimes another naughty coffee (usually decaf though). 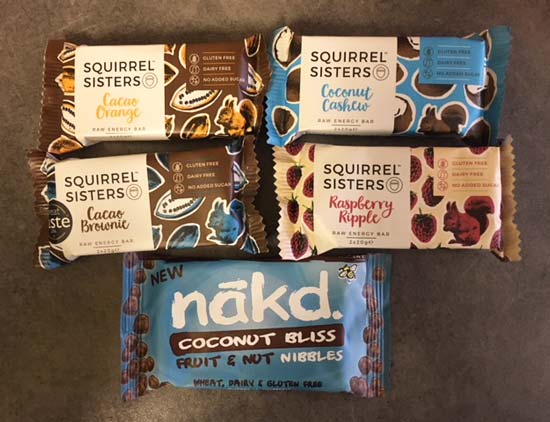 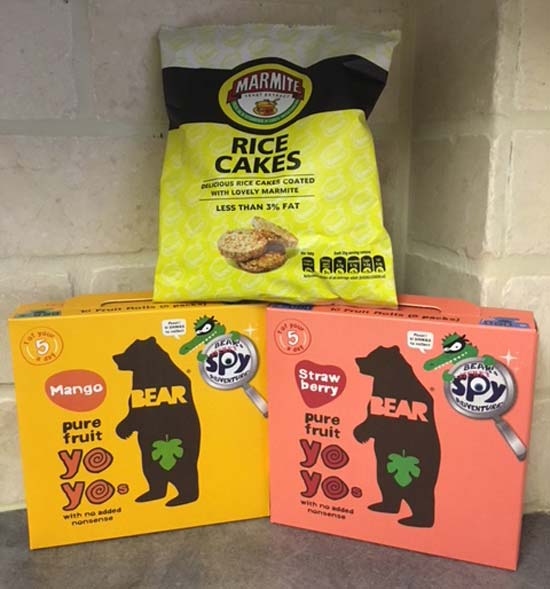 The options are endless, they really are.

In our house we have quite a varied cuisine: We have Thai curries, vegetable pasta/rice soups, vegan lasagna, pumpkin pie, seitan-based dishes, vegan pizzas, lentils, beans, you name it.

There are so many vegan sauces you can add to pasta and spaghetti too (see below). A favourite in our house is vegan pesto.

If I'm cooking for myself, again I make it super simple. I love vegetables, so I'll usually have something like baked parsnips, Brussels Sprouts, vegan sausages and throw some lentils on the side. I'll often do a salad too, laced with a quick olive oil, balsamic vinegar, garlic and pepper dressing.

I grow my own vegetables too, so if the season is right I'll cook some spinach, kale or beans from the garden, and add some homegrown herbs too. 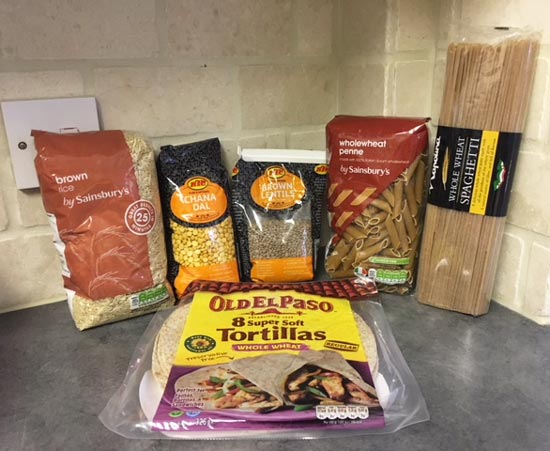 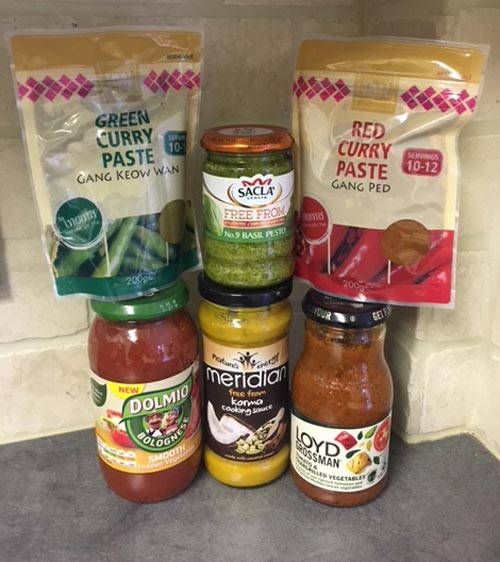 A variety of vegan sauces to make a delicious dinner. 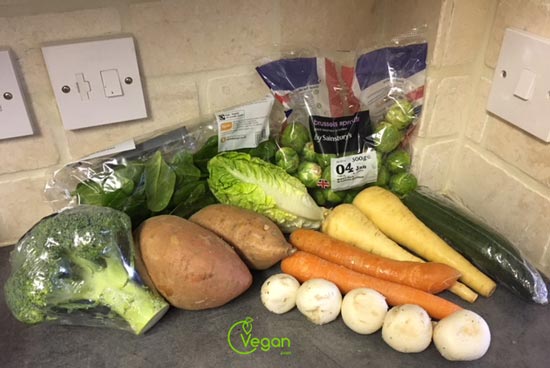 Of course, we have lazy days like everyone else, for which there's vegan burgers or sausages, hash browns, chips, baked beans, etc., but always some veg to keep the fibre flowing. 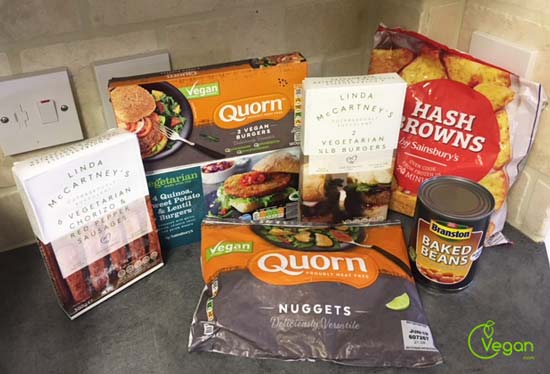 If I'm lucky my mum will have given us some homemade vegan cake, which doesn't last long in this house!

Otherwise dessert could be something simple like yogurt mixed with dried fruit, or something more exotic like one of my wife's Thai desserts made from coconut and some form of bean or squash. 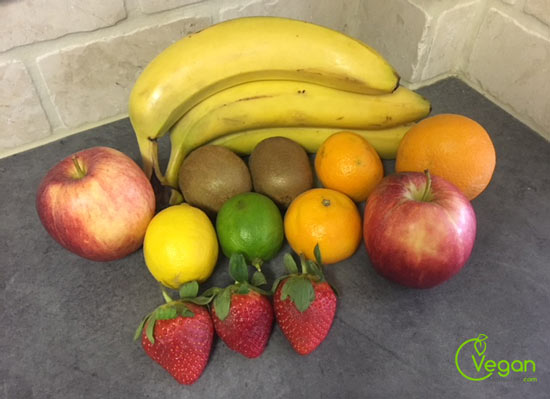 Eat fruit every day, and plenty of it! 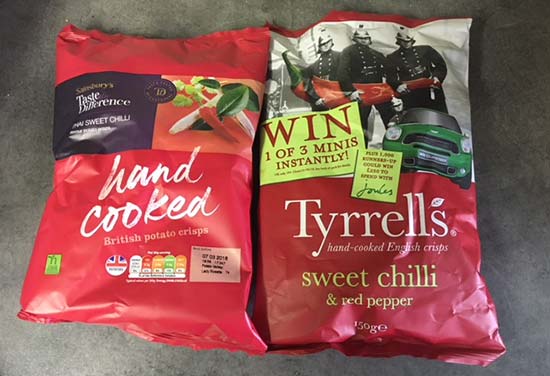 Loads of brands of crisps are vegan

Veganism is the fastest growing social movement, and that meals that vegan options are rapidly expanding in every supermarket. In fact, these days you'll be hard pushed to find a food product that hasn't been veganized.

According to one survey, in Britain alone, the number of vegans has risen by more than 360 per cent over the past decade.

And according to Mintel market analysts, vegan products grew by 92 per cent in Australia last year.

In the US, a 2011 study by the U.S. Department of Agriculture reported that dairy milk drink sales had halved since the 1980s. And BCC research shows that the plant-milk sector is booming and poised to hit almost $11 billion by 2019 – up from $5.8 billion in 2014.

Forget the rabbit food stereotype: from cheese to milk, nuggets to burgers and chocolate to cakes, you can have it all without meat and dairy.

Let's end on a healthy note. I mean, after all, we all want to be healthier, and want our kids to be too. And that means focusing on ensuring that we incorporate the most beneficial foods into our diet on a daily basis, as follows:

To help make sure you stay on track, I highly recommend the Daily Dozen app. This app details the healthiest foods you need and how many servings of each you should try to check off our menu every day. You can download it for iPhone/iPad here, and for Android here.

I hope you found this browse through my cupboards useful.

Got a question about my diet? Or a tip for me from your kitchen? Leave it in the comments.