You are here: Home / Health / 10 Plant-Based Tryptophan Foods That Skyrocket Your Serotonin
Health

Tryptophan is an amino acid found in foods that contain protein.

Amino acids are the building blocks of protein, but they also have other roles in the body.

One of these roles is to produce molecules that help the body transmit signals.

Tryptophan, specifically, can be converted into a molecule called 5-HTP (5-hydroxytryptophan). This is used to make serotonin and melatonin.

So to boost your serotonin levels, you need tryptophan.

In this post, we'll find out exactly which plant-based foods you can get your tryptophan from, and what benefits increased tryptophan and serotonin can have on the body. 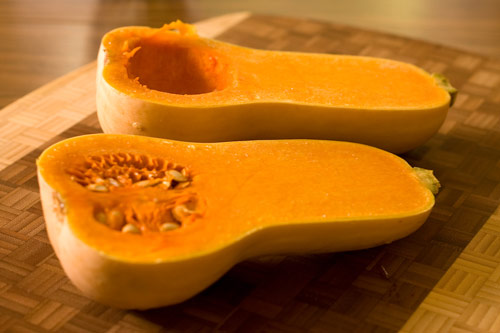 To understand tryptophan, its role in mood and the plant-based foods we can obtain it from, we first need to understand serotonin.

Serotonin is of significant important because it affects a number of organs, including the brain and intestines.

Known as the ‘happy hormone/molecule', serotonin plays a crucial role in regulating mood and also in promoting feelings of wellbeing and positivity.

Other body processes also greatly benefit from the presence of serotonin, such as social behavior, sex drive, a solid sleep schedule, and learning and memory.

What Happens When You're Serotonin Deficient?

Because serotonin has such an effect on the body and the brain, a lack of serotonin in the body can lead to some unpleasant symptoms.

Serotonin deficiency manifests differently in men and in women.

Women with a lack in serotonin have a general propensity to experience depressed moods and increased anxiety.

Studies show that a decrease in serotonin can also greatly impact a person’s length of life and lead to increased rates of many diseases, including:

Serotonin Production: Intestine Vs. the Brain

Interestingly, 90%+ of serotonin is produced in the digestive tract.

Peripheral serotonin is created in the intestines by the enterochromaffin cells, and also by immune cells and certain gut neurons.

Serotonin produced in the brain is created by raphe neurons that directly supply the brain.

The serotonin is molecularly the same, but the molecules are produced by different types of cells and can elicit a variety of functions.

A common misconception is that eating serotonin-rich foods will improve the amount of serotonin molecule in the brain and improve mood.

Unfortunately it isn't that simple. Serotonin produced in the intestine can’t cross the blood barrier to the brain.

However, it can with the help of a precursor.

This precursor is then amino acid, tryptophan.

Humans have a transport protein in the brain that plucks tryptophan out of the bloodstream. So what you eat can end up affecting your mood.

How to Get Tryptophan: Debunking “The Turkey Myth”

And while it does contain a high-level of tryptophan, turkey doesn’t have any more tryptophan than other types of poultry.

While poultry is tryptophan-rich, science shows us that animal foods are not the best way to obtain tryptophan.

While we're on this subject: There's a good reason vegetarians and vegans are known to experience less anxiety and better moods than their omnivorous counterparts.

That reason is a decreased presence of arachidonic acid, a substance that can be found in animal proteins.

Arachidonic acid is metabolized in the body to ‘produce inflammatory mediators: they convert the arachidonic acids into specific compounds that create inflammation and pain.

In fact, that’s how anti-inflammatory drugs like aspirin and ibuprofen work—by interfering with the conversion of arachidonic acid into compounds that produce inflammation, pain, and swelling.

Arachidonic acid is overwhelmingly found in chicken and eggs, though there’s also some in beef, pork, fish and other animal products.

Omnivores have more of the acid in their bodies, therefore creating more pro-inflammatory compounds that contribute to poor mood and raised levels of stress and anxiety.

You'd be a bad mood too if your body was blown up like a balloon!

So while you might get tryptophan from poultry, it may be counterproductive, because the arachidonic acid will negatively affect your mood anyway.

Eating carbohydrates triggers a release of insulin, which forces muscles to ‘eat’ non-tryptophan amino acids as their food or fuel.

This is actually beneficial to the brain – because it frees tryptophan up to be absorbed by the brain.

Interestingly, researchers found that women who suffer from PMS experience carb cravings. This may be a message from the brain to ingest more tryptophan in order to alleviate their symptoms.

The researchers note that:

The synthesis of serotonin in the brain also tied with mood and appetite – serotonin will also spike after carbohydrate intake, leading to a very understandable reason for carbohydrate cravings during PMS (Study).

The study followed 19 patients who suffered from severe premenstrual syndrome.

The researchers also measured nutrient intake in the patients, noting that carbohydrate intake increased significantly during the late luteal phase (24% from meals and 43% from snacks).

They reasoned that synthesis of brain serotonin increases after carbohydrate intake.

This makes sense, as women with PMS might be trying to improve their moods through their meals.

Let's face it, we all feel good when we “carb up!”

Your next read: Are You Getting Enough B12?

A recent article in the Journal of Neuropsychiatry and Clinical Neuroscience noted that fruit could be used as an effective treatment for depression, for which a low level of serotonin may be held accountable.

While most treatments for depression now hinge on SSRI drugs, such as Prozac, the side effects of such drugs are significant enough to want to choose an alternate method.

However, the best foods to eat to promote serotonin levels in the brain are those with a high protein to tryptophan ratio, as we'll find out below.

While tryptophan-rich foods are the way to go, researchers found that protein-sourced tryptophan paired with carbohydrates resulted in a:

‘Significant improvement on an objective measure of anxiety.’ They concluded that protein-source tryptophan (in combination with a high glycaemic carbohydrate) is an easy way to help those suffering from social anxiety.

Note that before studies like this, it was thought that a change in the composition of intact dietary protein was not seen as a possible option for the treatment of common psychological disorders associated with low serotonin levels.

However, previous studies were done using animal proteins, which as we learned above in the arachidonic acid section can make mood worse. not better.

To maximize mood-elevation, we should ideally choose foods with a high tryptophan-to-total protein ratio, which would primarily be seeds such as sesame, sunflower and pumpkin varieties.

With that in mind, here's 10 of the highest serotonin plant-based foods you can consume.

Note: The Recommended Daily Allowance (RDA) of tryptophan from the World Health Organization is a daily intake of 3.5 milligrams per kilogram of weight, which works out to around 225 milligrams for a 140-pound woman.

As you'll see, it's very easy to get this from a plant-based diet.

Because serotonin is best elevated with a source of tryptophan and protein, seeds are a great choice, specifically butternut squash seeds.

These seeds were used during a study of those suffering from social phobia. Significant improvement in anxiety was measured among those who consumed squash seed bars.

Veggies like kelp, seaweed, and spirulina are all fantastic sources of tryptophan. These veggies contain about 3 percent of your daily tryptophan requirement.

You can get your soy through soybeans, tofu, and soymilk.

Containing 315 mg (113% RDA) of tryptophan per cup, oat bran is cheap and easy to add to cereal, salads and other dishes. Wheat is also a good source of this amino acid.

Walnuts are an incredible source of polyunsaturated fats, omega-6 fatty acids, and can reduce bad cholesterol.

One serving of walnuts (about a handful) contains 318 mg of tryptophan. That's more than the RDA.

Greens like spinach are high in tryptophan, at 80 mg per ounce.

Another cheap and accessible food source, potatoes are a great source of vitamin B6, potassium, vitamin C and dietary fiber.

Closely related to broccoli, cauliflower is an excellent source of protein, fiber and also potassium. It is loaded with amino acids, including tryptophan, and contains about 25 mg per ounce.

Another healthy tryptophan food is mushrooms.

Mushrooms are rich in vitamin D, selenium, antioxidants, and B2 vitamins, and also contain 25 mg of tryptophan per ounce.

Even your side salad can boost your tryptophan.

Cucumbers are a  great source of molybdenum, vitamin K, vitamin C, potassium, magnesium, and silica, and provide a moderate amount of tryptophan at 10 mg per 100 grams.

A serving of walnuts or pumpkin seeds, some soy milk, and veggies for dinner and you will easily hit your tryptophan requirement and boost your serotonin production.

Is it Safe to Supplement with Tryptophan Pills?

If you're concerned you may not be getting enough tryptophan, you have probably considered supplementing.

Tryptophan pills, to improve mood, became a popular dietary supplement some years back, until people started dying from something called eosinophilia myalgia syndrome.

This is an incurable, debilitating, and sometimes fatal flu-like neurological condition, caused by the ingestion of tryptophan supplements.

Now, this may have been due to some unknown impurity, which has yet to be identified.

But what followed was a ban by the Food and Drug Administration (FDA) on the sale of L-tryptophan. And, just as they presumed, the incidence of EMS declined rapidly.

However, the ban was lifted in 2005 and it is said that no new cases were reported.

Contrary, this study reports a new case of L-tryptophan-associated EMS, and evidence of historical and related issues.

That said, millions of people take tryptophan supplements with no issue, and say they feel improvement in mood and sleep. It is a personal choice.

But it is preferable to obtain your tryptophan from plant-based foods first.