Vitamin B12 is a hot issue when people first turn to the vegan lifestyle, and with good reason.

Most people only have a vague idea of what B12 is and what it is used by our bodies for.

At best people know that B vitamins are good for us.

There's a lot of misinformation regarding what B12 is, where it comes from and how effective plant-based sources are.

Vegans are generally unaware that the bioavailability of B12 from sources like spirulina is virtually non-existed, and that supplementation is advised.

Conversely, meat eaters are generally unaware that their key B12 source isn't as natural as they are led to believe.

They are unaware hat they too may need to supplement – and certainly eat fortified foods – due to poor absorption or simply not getting enough.

So, let’s start from the beginning, and break down the the truth about what B12, where it comes from, how dangerous deficiency is, and what vegans specifically need to know. 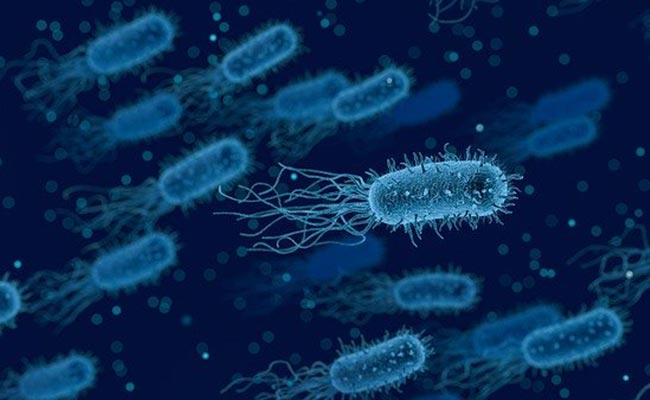 B12 is actually bacteria.

What is Vitamin B12?

There is a common myth that B12 is produced by animals. It's not.

B12 is not produced by any large organism.

B12 is made by anaerobic microorganisms (ie. bacteria that do not require oxygen to live).

Animals get B12 in different ways.

Ruminants like cows and sheep can absorb the aerobic bacteria made by their gut.

But humans are single stomached, so we cannot ferment plant matter in this way and, for this reason, must seek another source of B12.

Animals experience bacterial contamination of their food and water too, and some eat poop – another way to obtain B12.

In short, the B12 found in animal foods is there as a result of food digestion and environmental contamination.

B12 is a key vitamin for mammals. It helps keep the body’s nerve and blood cells healthy.

It is involved in the formation of blood, amino and fatty acid metabolism, and DNA regulation and synthesis.

The recommended dietary allowance (RDA) for adults is 2.4 micrograms (mcg) a day.

Pregnant women and those who are breastfeeding need more.

There is no upper limit, so there is no need to worry about toxicity from taking a little too much.

Without B12 in our diets we can get a certain type of anemia (megaloblastic) and a neurological disorder (subacute combined degeneration).

Young children are particularly at risk.

The symptoms of this form of anemia are as follows:

Other symptoms of B12 deficiency are:

Vegans are an at risk group.

Indeed, this 2010 study shows a high level of B12 deficiency amongst the vegan group. (1)

Our primate cousins, like the gorilla, obtain B12 from bacteria present in the wild.

The bacteria is on plants they eat, in the water they drink, and from consumption of soil and faecal matter in the environment.

They also naturally consume insects on the plant matter they eat, which would also contain B12. The diet of Chimpanzees also includes a small amount of meat, less than three percent.

Research shows that primates in captivity develop B12 deficiency if their food is not supplemented with B12. (2)

Humans historically got B12 from the environment, like our primate cousins do: eating vegetation, fruit, and drinking bacteria-laden fresh water sources. We were exposed to dirt and faeces and the bugs on our food.

When we started hunting meat, we began to get B12 from this source too.

In the modern day, our produce is heavily sanitized and chemically cleaned to meet retail standards, and subsequently the B12 (bacteria) is removed.

Moreover, the animals we consume have their diet supplemented with B12 – because they are not raised naturally, in terms of both environment and diet.

Vegan or meat eater, the best way to ensure you are getting enough of this bacteria is to supplement.

Plant-Based Sources of B12

Edible algaes contain B12, but in general also contain B12 analogues that block active B12.

Because of this, it was previously thought that these sources were all inadequate, until now.

However, research has shown that the best edible algae is dried purple laver, (nori) which is formed into a sheet and dried (3).

And, a more recent study shows that Chorella is a bioavailable source of vitamin B12 and can mitigate deficiency (4).

The reason for the B12 content in these foods is  the fermentation of the yeast involved in production of these foods.

You are probably consuming B12 without knowing it, as so many foods are fortified with B12: Cereals, soya milk, plant-based yogurts, snack bars, and more.

It's great that science is uncovering natural B12 sources like the edible algae listed above, but the presence of B12 in common plant based foods that make up the bulk of the vegan diet is still low.

Fortunately though, vegans are aided by three factors.

These are the two most common forms of over the counter supplementation.

Cyano-cobalamin is a lab created form, which contains one molecule of cyanide for every molecule of B12.

Methyl-cobalamin is an active form that does not require conversion in the liver.

It is recommended to take Methyl-cobalamin sublingually (under the tongue), not orally (swallowing), so that it can be absorbed directly into your blood stream.

Both forms of B12 supplement can prevent deficiency and while some studies support efficacy for one over the other, health professionals generally agree that either is fine.

For a more detailed analysis of the different forms of B12, please see this post.

Our guts can only absorb B12 in the terminal ileum, which is a tiny portion of our small intestine, so any gut problem like diarrhea can result in limited absorption.

In fact, any gastric problem can limit absorption. If your gut bacteria balance is in a bad state due to poor diet, your B12 absorption level may be low.

> Shop for B12 Supplements on Amazon

Can You Overdoes on B12?

As mentioned previously, there is no known toxicity level for B12, so technically you would not be able to overdose.

The daily RDA is measured in millionths of a gram (2.4 mcg), but you need to take a lot more to achieve absorption of this amount.

The bacteria responsible for B12 production live in soil, in water, and yes, in human faecal matter.

Prior to the industrialized production of vegetables, a plant based diet (which the vast majority of people followed out of economic necessity if not choice) would incorporate soil, bugs and natural water sources containing bacteria.

Again, I’m not advocating we eat soil, bugs, and drink rain water as a matter of course, particularly in the highly polluted world we live in.

The point is, for better or worse, we have a civilization that washes vegetables in chlorine before they are put out in the supermarket, and it’s common for us to wash them again when we get home before cooking.

The bacteria that would have been present on the plants we eat have been scourged.

We can buy organic, fresh from the ground, and eat vegetables unwashed, but even this doesn't guaranteed a reliable RDA of B12.

Furthermore, eating seaweed and algae and Chorella is not reliable enough. This and fortified foods is a good start, but based on the research we have we need to supplement.

Vitamin B12 is made by neither animals nor plants, but by microbes.

Thankfully, in our sanitized world there are safe, cheap, convenient sources. Vitamin B12 deficiency is common in vegans who don’t eat B12 fortified foods or take B12 supplements and can result in paralysis, myelopathy, psychosis, or atherosclerosis.

It is imperative that those eating plant-based diets include B12-fortified foods in their diet or take B12 supplements, especially pregnant or nursing women. Testing is not necessary, but supplementing is—it may even increase one’s lifespan. 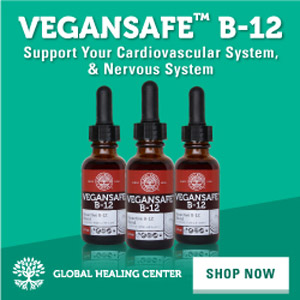