Vitamins D and K are both fat-soluble vitamins that play a vital role in calcium metabolism.

Vitamin D3 makes sure that calcium is easily absorbed. Vitamin K2 (MK-7) activates the protein osteocalcin, which integrates calcium into bone. Without the roles of D3 and K2, calcium is not as effective at its job.

Vitamin D is also plays a role in boosting the immune system, ensuring your body is better placed to fight off infection and disease.

Additionally, Vitamin D and Vitamin K2 work together to produce and activate Matrix GLA Protein (MGP). This substance is found around the elastic fibers of your arterial lining. MGP protects against the formation of calcium crystals, which can lead to arterial calcification.

* Artery calcification refers to a buildup of calcium within the walls of the arteries that supply oxygen-rich blood to the heart. This can cause angina (chest pain), a decrease in blood pressure and heart attack.

If you want to jump to supplement recommendations immediately, then you can use the link in the contents table below. If you'd like to learn more about vitamins D and K2, then start reading at the next section.

It is thought that vitamin D also plays a role in optimizing the immune system. Research has found that vitamin D is part of a process in which T cells are primed to fight infection.

Plants produce Vitamin D2, and your skin makes vitamin D3 when there is enough sunlight. Vitamin D3 is metabolized into the bioactive form of Vitamin D in the liver. This process takes much longer with Vitamin D2.

Vitamin D3 is therefore more efficient and the type that helps us maintain vitamin D levels through the winter.

400 IU is 10mg, which is the minimum recommended intake.

According to the National Health Service:

Children from the age of 1 year and adults need 10 micrograms of vitamin D a day. This includes pregnant and breastfeeding women and people at risk of vitamin D deficiency (2).

Vitamin D deficiency can be a problem for those living in countries with short summers and long winters.

Many of us simply don't absorb enough vitamin D in the summer months to see us healthily through the winter.

Couple that with the amount of time we spend in doors working and it's no wonder we aren't getting enough D3.

Obvious symptoms of deficiency are fatigue, mood change and depression, and bone pain.

A lack of vitamin D can lead to bone deformities such as rickets in children, and bone pain caused by a condition called osteomalacia in adults (4).

It is often said that vegans, and indeed vegetarians, are at higher risk of deficiency because they don't eat animal products, which have the highest concentrations of vitamin D among all foods.

However, research suggests that this isn't the case:

s25(OH)D concentrations were not associated with vegetarian status. Other factors, such as vitamin D supplementation, degree of skin pigmentation, and amount and intensity of sun exposure have greater influence on s25(OH)D than does diet (5)

It appears that all groups are at risk of deficiency and supplementation should be considered based on level of sun exposure.

The good news is that supplementation is easy and relatively inexpensive, and you can improve the role of calcium in your bones by taking a combined D3-K2 supplement.

There are a number of vitamin D and K2 supplements on the market, but few are vegan. This is because the vitamin D3 is usually derived from lanolin, taken from lambs wool.

The vegan supplement form of D3 is from lichen, a unique organism that arises from algae or cyanobacteria living among fungi species in a symbiotic relationship. It’s naturally found on mountainsides, rocks and trees (6).

Lichen is a natural, sustainable source of Vitamin D3 that has no negative effects on the environment. Lichen isn’t contaminated by sheep dip or pesticides either, making it a healthier option.

You may have heard of babies being offered a vitamin K shot at birth. This is to prevent vitamin K deficiency bleeding' (VKDB), also known as ‘haemorrhagic disease of the newborn' (HDN) (7).

There are several different forms of vitamin K2.

The one most commonly found in D3-K2 supplementation is MK-7. This form is considered to be most effective because it has a much longer half-life than other forms (3 days). This means it has a better chance of building up a consistent blood level.

Vegans may have heard of K2 MK-7 before, as it is found in high volume in natto, a Japanese fermented soy product.

K2 deficiency can also reduce bone mineralization, which can result in osteoporosis (8).

The recommendations in the list below have varying vitamin D and K2 dosages, enabling you to choose which is most suitable for your needs.

It is worth noting that liquid supplements absorb far more efficiently than pills.

The Physician’s Desk Reference states that 85-90% of nutrients in liquid supplements are absorbed in less than 30 seconds. Pills take hours, not minutes to absorb, and only 10%-20% of the nutrients in pills are absorbed. (6).

Softgels take 20-30 minutes to breakdown and the liquid inside them is then easily absorbed in a similar way to a direct liquid ingestion. (9).

If you think you are deficient in Vitamin D, you should consult your doctor for a test. Your doctor can then advise on the strength of the supplement you should take. 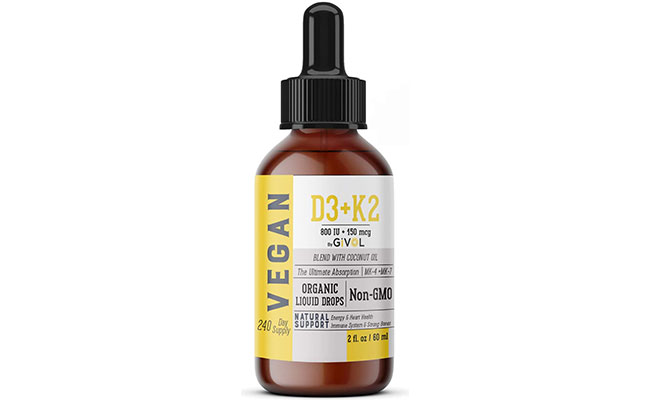 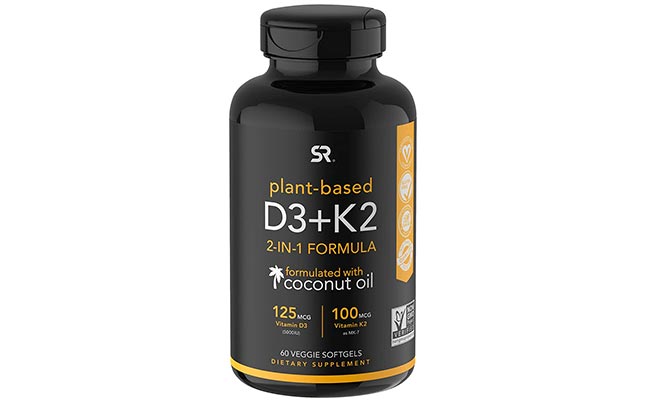 Suitable for Children: No. The dosage is very high and, although gels and tablets absorb lower amounts (as low as 30%), it is not a good idea to give children such a high dose. 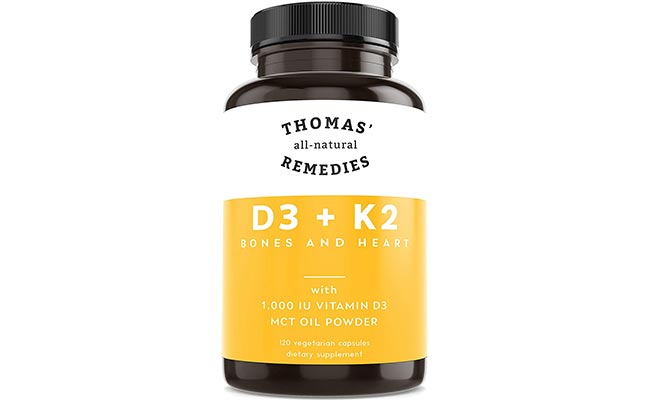 Suitable for Children: Yes, but not babies. 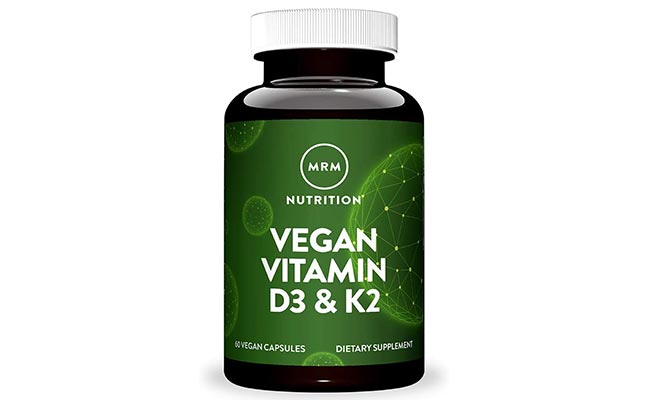 Suitable for Children: No

Vitamin D supplementation is considered safe, but it is important that you do not take excessive amounts.

The body regulates the vitamin D it receives from sun exposure but it is unable to do the same with supplementation.

60,000 international units (IU) has been shown to result in toxicity, which is almost 60x that provided in the average daily supplement dose – so don't worry unnecessarily.

Vitamin D toxicity, caused by overdose, is called hypervitaminosis D. The consequence of this is a buildup of calcium in your blood called hypercalcemia (10).

This can cause nausea and vomiting, weakness, and frequent urination. It is possible for vitamin D toxicity to progress to bone pain and kidney problems, such as calcium stones.

If you experience any such symptoms you should stop supplementing.

Where possible we should always get our vitamins and nutrients from our diet.

However, evidence shows that not just vegans and vegetarians but the majority of people will benefit from taking a supplement in the winter months.

Even in sun-drenched countries, people are not getting the amount of vitamin D they would have done in decades gone by. Longer indoor working hours have reduced sun exposure, and fear of skin cancer and the avoidance of tanning are compounding this effect and resulting in lower vitamin D levels.

Vitamin D3 and vitamin K2 work together to ensure that calcium is absorbed easily and reaches the bone mass. Additionally, those lacking green leafy vegetables like kale, spinach, and Brussels Sprouts in their diet may also be deficient in K2, which as we've explored will affect blood and bone health.

Therefore, the benefit of taking a D3-K2 combined supplement is twofold: 1. It prevents deficiency of both vitamins and the associated health risks. 2. It improves calcium efficiency in the body and may prevent arterial calcification.