You are here: Home / Health / Dr. Kim Williams: I Don’t Mind Dying, I Just Don’t Want It to Be My Fault

At the time, Dr. Kim Williams, President of the American College of Cardiology, and cardiologist at Rush University in Chicago, would have had no idea that one snappy sentence uttered from his lips would be echoed around the globe for many years to come.

I don’t mind dying, I just don’t want it to be my fault.

His was of course referring to eating meat, dairy, eggs and a diet high in processed sugar. Since those words, he has been quoted by the likes of Dr Gregor, Oprah, Ellen and of course hundreds of thousands of plant-based diet followers on Facebook and Twitter. 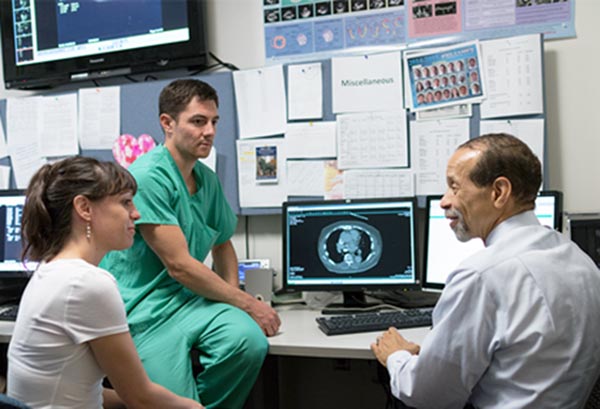 But what's most interesting about Dr. Kim Williams is not those words but his first-hand experience of what a meat and dairy diet can do to the body.

Indeed, it isn't just the scientific evidence that inspires Dr. Kim to follow a plant-based diet, but what his own body is telling him.

Prior to becoming a vegan, Dr. Kim Williams sensibly avoided fried foods and favored skinless chicken over red meat. That was until he received the result of a cholesterol test.

After his blood test revealed a high level of LDL (bad cholesterol), he gave up eating animal products immediately.

Dr. Kim Williams knew this was what he had to do, because not long before this blood test he had seen a dramatic improvement in a patient with cardiovascular disease who had switched to a plant-based diet. It is also worth noting that she had started exercising more and undertaken a meditation regimen.

In Dr. Williams' own words:

Six months earlier, I had read a nuclear scan on a patient with very-high-risk findings — a severe three-vessel disease pattern of reversible ischemia.

The patient came back to the nuclear lab just before that 2003 ACC meeting. She had been following Dean Ornish, MD's program for “Reversing Heart Disease,” which includes a plant-based diet, exercise, and meditation. Her chest pain had resolved in about 6 weeks, and her scan had become essentially normalized on this program.

When I got that LDL result, I looked up the details of the plant-based diet in Ornish's publications — 1- and 5-year angiographic outcomes and marked improvement on PET perfusion scanning — small numbers of patients, but outcomes that reached statistical significance.

The results for Dr. Kim were incredible. In less than two months, his bad cholesterol level plummeted from a dangerous 170 to 90, which is well within the range considered optimal.

Since that day, Williams has remained plant-based. He eats no animal products: no meat, no fish, no eggs, no dairy.

Alas his famous words were born:  “I don’t mind dying, I just don’t want it to be my fault.”

So Why Aren't People Listening?

It beggars belief, doesn't it? Here is the President of the American College of Cardiology, the main man, the authority on Cardiovascular health, who has pretty much saved his own life by switching to a plant-based diet, telling the world that this is the diet to follow. Yet people still indulge in red meat and dairy and suffer the effects.

Indeed, the American Heart Association still recommends skinless poultry, fish and low fat dairy products as part of a healthy diet. How they can sleep at night when we know all these facts about dairy is beyond me. Lobbying may have something to do with it…just putting that out there.

People would rather eat meat and take Statins (cholesterol-lowering drugs), have bypass surgery, and balloon angioplasty than be naturally healthy and live a longer life.

Is there any hope?

On this subject, Dr. Kim Williams says that he often discuss the benefits of adopting a plant-based diet with patients who have high cholesterol, diabetes, hypertension, or coronary artery disease and encourages them to sample different plant-based versions of the basic foods they eat.

Though, he does not expect his patients to share his mind-set. He remains sensitive to the fact that some people would rather die than give up foods they love — we all know the familiar “But bacon, though” argument/excuse.

Dr. Kim therefore seeks to identify the most dangerous aspects of a person's diet and make suggestions for change. In short, this is an eat in moderation approach, which is something Dr. Gregor advises against. To paraphrase Dr. Gregor;

Do you want heart disease in moderation? How about Cancer or Diabetes?

One thing the two Doctors do have in common is the avoidance of the word vegan, at least while speaking in a medical/nutritional capacity, anyway.

While Dr. Williams advocates plant-based eating to prevent and even reverse cardiovascular disease, he avoids the term because he considers veganism an ethical issue — his motivation is purely medical.

Dr. Gregor, on the other hand, is Director of Public Health and Animal Agriculture at the Humane Society of the United States (HSUS) and Humane Society International, and therefore clearly is active in supporting animal rights.

What Dr. Kim Williams is demonstrating, along with many others such as Dr. Ornish and Dr. Gregor, is that nutrition and diet is not a lesser, or even secondary, approach to preventing and curing illness. It is equally as important as drugs, and indeed a fundamental part of modern medicine.

We tend to think of advances in medicine as a new drug, laser, or surgical device, something high-tech and expensive.Yet, the simple choices we make in what we eat and how we live have a powerful influence on our health and well-being. ~ Dr. Dean Ornish

What better role model and advocate for a plant-based diet can you have than Dr. Kim Williams, the President of the American College of Cardiology. What more proof do people need than his and hundreds of thousands of others' blood test results before they will stop saying “the evidence is inconclusive”?

Who are we protecting here? Why keep lying to ourselves and our kids?

It has been proven by science that a plant-based diet is healthier than a meat and dairy-based diet. It is better for the health of the planet too, and reduces the suffering and exploitation of animals.

Who doesn't want to live a longer, healthier life? I mean, “I don’t mind dying, I just don’t want it to be my fault.”