We’ve all heard of antibiotics — you may have even taken one in the event that you got a stomach bug or another kind of infection.

But what is an antibiotic, really?

Also known as ‘antimicrobial drugs,’ antibiotics are drugs that serve to fight infections caused by bacteria in both humans and animals.

The term generally references a natural compound that eradicates bacteria, like chemicals or mold.

While the term applies to both synthetically made and natural antibiotic compounds, in this post I'll be talking about naturally occurring antibiotics.

The Danger of Taking Synthetic Antibiotics

Though antibiotics are potentially lifesaving, there is increasing concern in the medical community about an issue called antibiotic resistance.

Antibiotic resistance occurs when the bacteria begins to resist the healing properties of the antibiotic. The bacteria morphs, changes and reduces the efficacy of the drug. In this case, the harmful, and potentially life threatening, bacteria will continue to live and thrive.

Antibiotic resistance isn’t just a household problem, it’s one of the biggest threats to global health.

Illnesses that were previously treated with a simple dose of antibiotics are now not so easily cured.

Infections with stubborn bacteria can linger as the bacteria transforms — in the meantime, the infected person’s health declines.

This new antibiotic-resistant bacteria is easily spread between co-workers, friends, family, and anyone you come in contact with.

Antibiotic-resistant bacteria is extremely difficult, and potentially costly, to treat. Dangers include disability and even death.

Why does this happen?

Antibiotic-resistant bacteria is generally caused by the overuse of synthetic antibiotic drugs. Repetitive use of these medicines can kill off the weak bacteria, but can also leave stronger, resistant bacteria to multiply.

Misuse of antibiotics can also lead to resistance. For example: using these drugs for illnesses that don’t require antibiotics – like viral infections from the flu, sore throats, sinus and ear infections, and the common cold – can encourage antibiotic resistance.

There are three ways you can protect yourself from antibiotic resistance:

If you’re interested in protecting yourself through naturally occurring antibiotics, check out this helpful list of 15 of the best – all provided by Mother Nature, and all plant-based!

Garlic holds a status as an ancient antibiotic, and has been used for hundreds of years as a protection against sickness and infection.

In the 1700s, people even used cloves of garlic to fend off the plague.

High in antioxidants and supportive of a strong immune system, garlic also contains antibiotic, antiviral, anti-fungal and antimicrobial properties due to its high concentration of allicin — a compound that studies show kills harmful bacteria.

For best results, doctors encourage crushing it and including it in lightly cooked foods, tea, or even eating it raw. 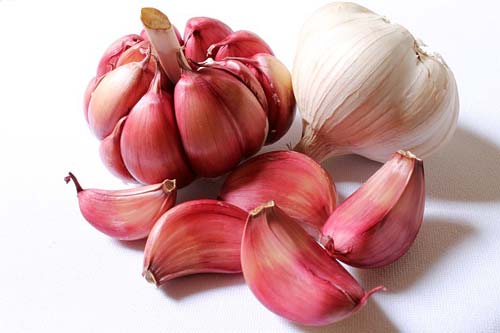 Said to be a broad-spectrum natural antibiotic, oregano oil is regarded for its efficacy in reducing GI tract infections.

Oregano oil also acts as an anti-fungal – you can use it to kill foot or toenail fungus, parasites or infections, and even sinus infections.

Check that the oil you purchase has at least 70 percent carvacrol, the antimicrobial compound that makes oregano oil potent! 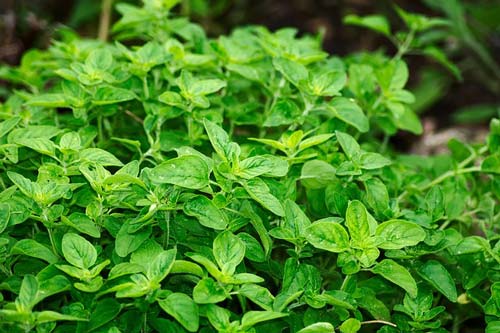 Contrary to popular belief though, research suggests it may not be very effective in preventing or treating the common cold. 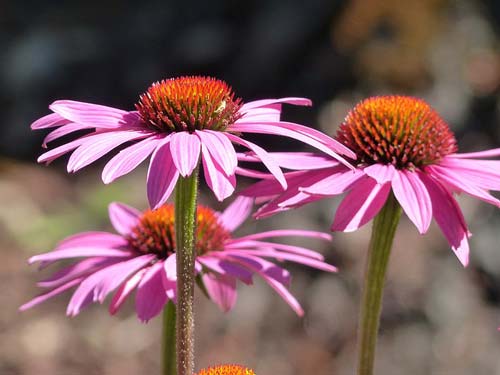 If you or someone you know has a problem with Candida (a yeast overgrowth in the gut), look no further than the Pau d’arco herb, which helps treat candida and also reduces the sugar cravings that are a hallmark of the infection.

Used for hundreds of years to treat fungal overgrowth, researchers in Brazil found that the herb also worked efficiently on yeast. Pau d’arco can be taken as a tea, though many say it’s an acquired taste. 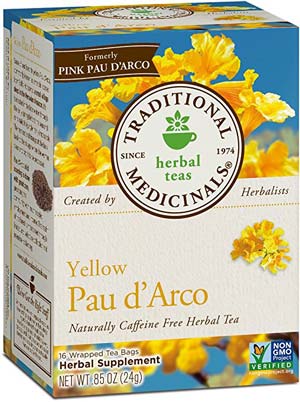 > Click here to grab this healthy tea on Amazon

Widely known as capsicum, cayenne pepper can be used as both an antibiotic and as an antifungal.

If used on the skin, capsicum oil requires a carrier oil – think olive – because it can be an irritant if used in doses that are too large. Use capsicum oil to treat strep throat, and other respiratory discomforts! 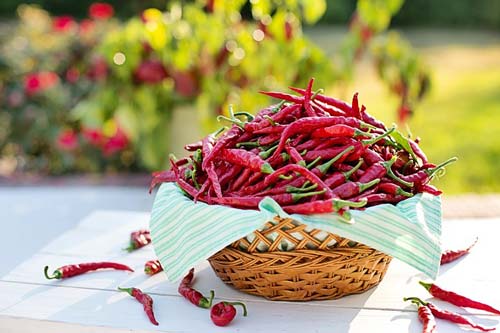 Also referred to as GSE, Grapefruit seed extract is a powerful antibiotic that is so effective, scientists in one study claimed that it was ‘comparable to proven topical antibacterials.’

They also noted that ‘its comparative effectiveness against a wide range of bacterial biotypes is significant.’

GSE can be used to treat warts and household pathogens.

If taking GSE internally, make the product in your own kitchen by mixing ground grapefruit seeds with glycerin. 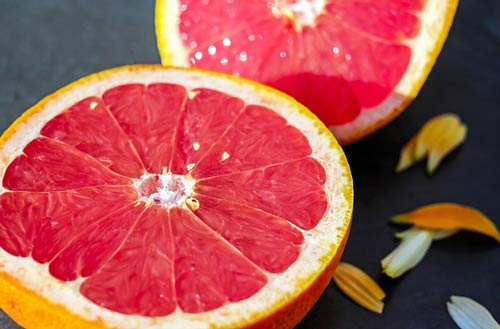 Ginger has long been considered a natural antibiotic and a protector against food borne pathogens, like salmonella, listeria, and campylobacter.

This is why raw fish sushi is commonly served with pickled ginger. How about just not eating raw fish? Risk solved!

Ginger is also known to sooth digestive ailments and can promote balance in the gut.

Scientists found that gingerol components “have been reported to possess antimicrobial and antifungal properties, as well as several pharmaceutical properties.” A mix of ginger, lime juice and spices helped to eliminate the pathogens in dirty drinking water. 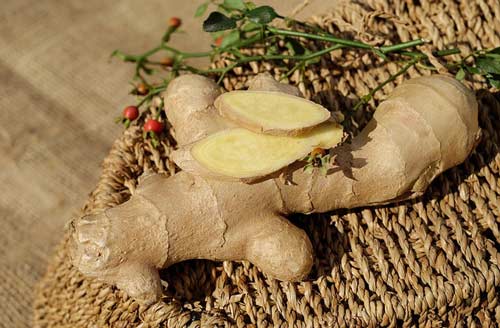 Got a fever? In the 1800s, olive leaf extract was discovered to be a natural fever reducer and a compound that could help treat malaria.

Dutch scientists found that oleuropein — and more specifically, elenolic acid, is a broad spectrum antibiotic that halts harmful bacteria, fungi, and viruses in their tracks.

Those with infections that are hard to shake, or issues like candida (yeast overgrowth) will benefit from incorporating olive leaf extract to their daily routines. 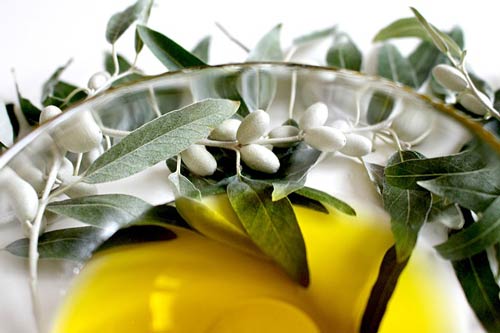 One spice that’s getting a second life is Turmeric. Used traditionally in Indian cooking, the spice has also been used in a holistic health setting for hundreds of years.

Researchers found that the substance curcumin – found in turmeric – was highly effective in reducing inflammation and gastric damage from stomach ulcers. 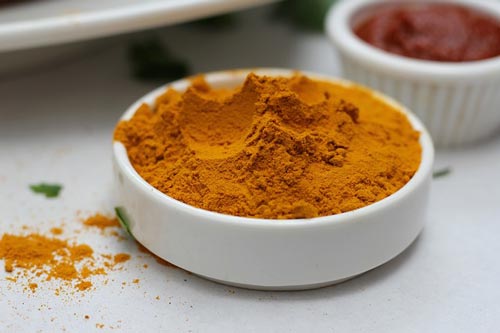 Known for its potentially gaseous effects on the gastrointestinal system, cabbage is abundant in sulfur compounds that are a hallmark of vegetables of the cruciferous family (that includes broccoli and kale).

Fortunately, these compounds are effective in destroying harmful cells.

Raw cabbage is a natural antibacterial, so consume it as a raw slaw, or even as a fresh juice! 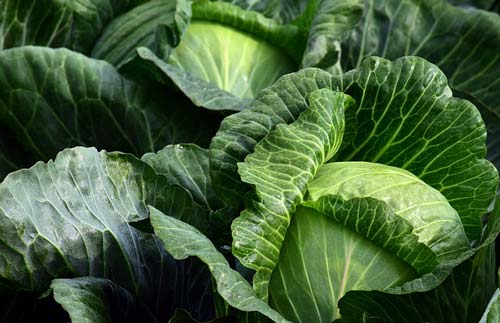 No product has experienced such a meteoric high in popularity over the past few years as has coconut oil.

A review of research shows that coconut oil is naturally anti-fungal and anti-microbial. Coconut oil is also full of unique antioxidants.

Use coconut oil (in small doses) to balance the thyroid, cholesterol, blood sugar levels, improve the strength of the immune system and support brain functioning. 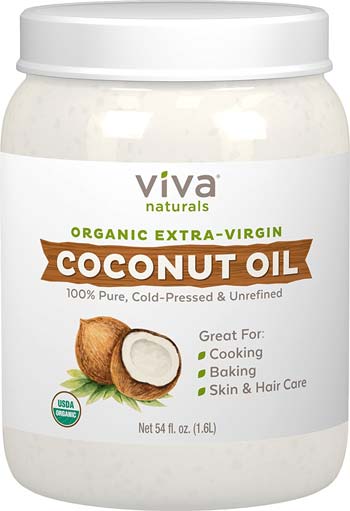 If you’re using ACV to benefit your health, be sure you pick up the raw, unpasteurized version. ACV is widely lauded for its antibiotic and antiseptic effect — it also alkalizes the body, balancing pH naturally.  ACV is said to help patients manage weight, control cholesterol, and reduce risk of cancer.

Apple cider vinegar can also be used around the house as a cleaning agent, though there is no need to buy raw ACV for this purpose.

If gut imbalances are your biggest issue, step away from the synthetic antibiotics and consider supplementing with fermented foods.

Their probiotic abilities promote good bacteria in the gut, and have been lauded by holistic health practitioners for years.

Additionally, fermented foods such as sauerkraut, raw pickles, non-dairy yogurt, and Korean kim chi all contain antioxidants and microorganisms that the body can use easily and effectively.

Known primarily for its role in the biblical retelling of Jesus’ birth, myrrh is also said to fend off harmful pathogens.

According to a study from 2000, myrrh extract was effective in combatting E. coli, staphylococcus aureus, Pseudomonas aeruginosa, and Candida albicans. 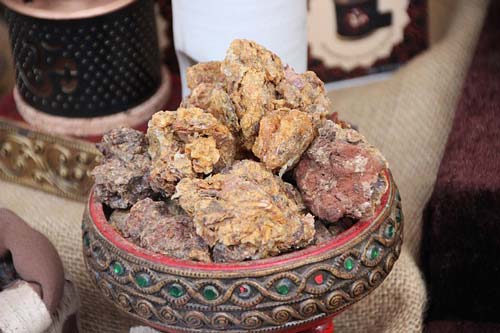 This last one on this list is not plant-based and, while some laud it's remarkable ability to kill germs, others claim it comes with a risk.

Colloidal sliver is a remedy that has been around since the 1900s, when Alfred Searle discovered that this substance had the power to kill harmful pathogens.

Colloidal silver was thrust into the spotlight once more in the 1970s, when Syracuse University’s Dr. Robert O Becker discovered that the silver kills bacteria in addition to bacteria that was previously resistant to antibiotics.

On the negative side, two studies (see here, and here) examined the gut microbiota of mice and rats fed with colloidal silver, and found that it disrupts gut flora.

As you can see, though it’s important to protect yourself and your family against infections, it’s equally important to consider antibiotic-resistance when choosing a treatment method.

Natural is always best, where possible. Of course, if you are very ill and not getting better then you should see a doctor immediately, as you might need synthetic antibiotics.

Do bookmark this list though. That way, if you're ill or feeling run a bit down, you can reference which natural antibiotic can help you get back to full health.

Regardless, try to regularly consume a variety of the plant-based options above. And eat more greens!