In a recent campaign aimed at promoting a “balanced diet”, the Agriculture and Horticulture Development Board (AHDB) in the UK made two claims, one of which is untrue and one that is highly questionable. 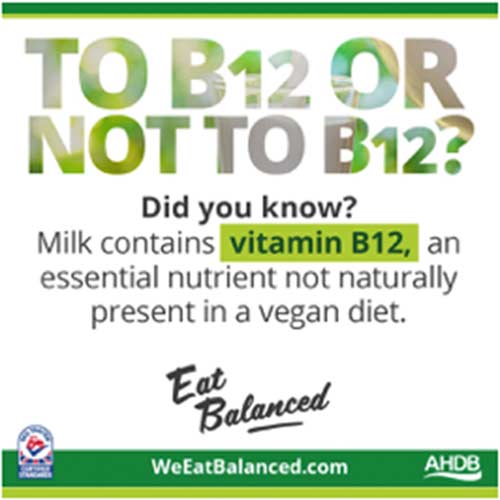 Before we look at these claims, let's recap on what B12 is.

B12 is made by anaerobic microorganisms, which are bacteria that do not require oxygen to live. B12 is not produced by animals or plants. Humans and animals must get B12 directly or indirectly from bacteria.

It is found in bacteria-laden manure (poop) and unsanitized water, such as rainwater that lay in a puddle or that has soaked into the soil.

Of course it is not advisable to eat either of these sources of B12 due to the risk of disease.

B12 is also found in the human intestinal tract, but it’s not clear whether sufficient amounts are made and absorbed there to meet our nutritional needs.

Historically, we humans would have effortlessly obtained B12 from our environment. Simply pulling up a root vegetable to eat, picking some berries from a rain-drenched bush, or drinking from the local stream/river would have resulted in B12 intake (1).

In addition, lack of hand sanitization would have meant our accidental intake of soil crumbs and poop particles would also have given us a daily supply of B12.

Add the eating of wild animals into the mix and B12 deficiency would have been rare.

But due to our highly sterile modern environment, including our chlorine washed vegetables and processed drinking water, our natural exposure to B12 is virtually zero, and that includes in meat too – which we'll get to a little later on.

Plants found in our food supply do not generally contain B12 because they are intensively cleaned of soil to eliminate the risk of E. coli and salmonella. However, plants grown in B12-enriched soils or water (with hydroponic processes, for example) do take up B12.

Since plants cannot synthesize B12 and thus plant foods are normally fully devoid of (or have very low concentrations of) this vitamin, the finding that plants grown with organic fertilizers may contain relatively higher concentrations of this vitamin may have nutritional consequences in that the consumption of these plants by humans would inadvertently increase their intake of this vitamin (2).

That said, there are three proven plant-based sources of B12, and one in particular that has a very high concentration.

When dried purple laver was fed to B12 deficient rats, their B12 level increased significantly and deficiency became undetectable (5).

The issue is not whether the B12 in these seaweeds is bioavailable, but rather that the volume may vary significantly between products (6) and therefore will not provide enough B12 to meet the RDA. 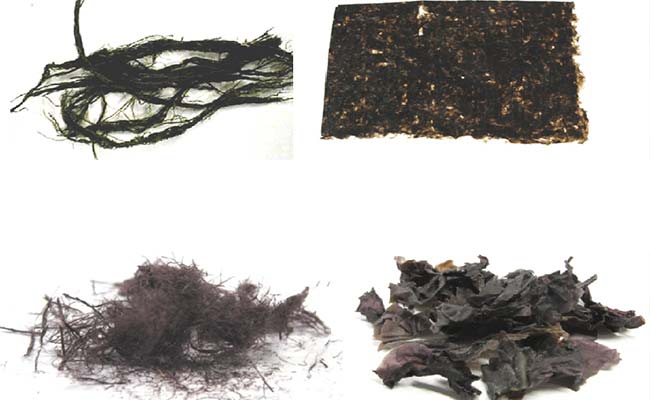 Analysis of vitamin B12 in freshly harvested white button mushrooms (Agaricus bisporus) from five farms was performed by affinity chromatography and HPLC-ESI-MS techniques.

The results suggest that the consumer may benefit from the consumption of mushroom to increase intake of this vitamin in the diet (7).

Lemnoideae, or duckweed, is a subfamily of flowering aquatic plants, also known as water lentils and water lenses.

Water lentils float on or just beneath the surface of still or slow-moving bodies of fresh water and wetlands.

Prabel — a US-based producer of plant- protein ingredients — conducted research that showed water lentils contain “approximately 750 percent of the US recommended daily value of the bioactive forms of vitamin B12 (per 100 grams of dry plant).”

The company now produced a protein powder from water lentils that is abundant in B12. 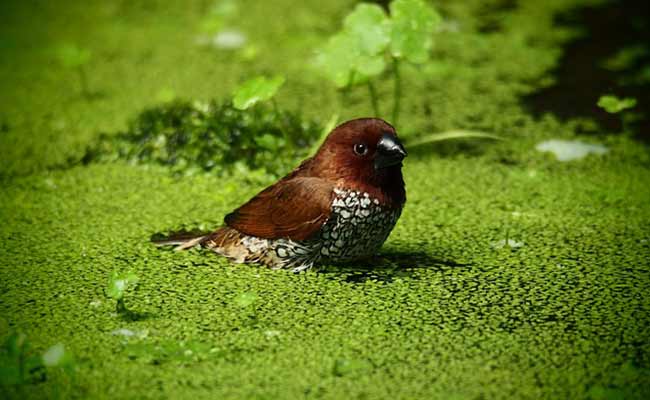 Duckweed, a major breakthrough in plant-based B12.

The Agriculture and Horticulture Development Board (AHDB) claim that B12 is naturally present in milk. They would also claim the same for meat. But this is misleading and skirts the truth. 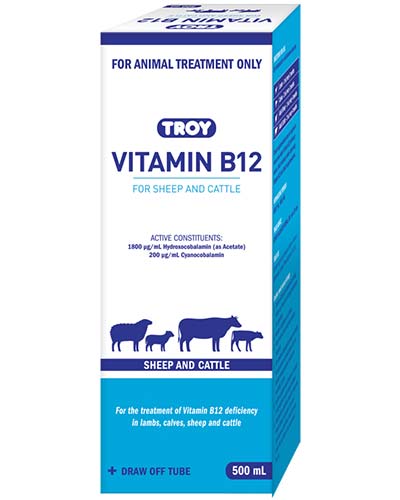 The truth is that modern farming supplements the feed of cows (and pigs and sheep) to prevent B12 deficiency. This information is widely shared by the cattle industry. Here's a quote from Cattle Today:

One particular issue for famers is the depletion of nutrients in the soil. This means that even naturally grazing cattle and other livestock may face B12 deficiency and thus require supplementation.

All ruminants (including sheep, cattle and goats) require cobalt in their diet for the synthesis of vitamin B12. Vitamin B12 is essential for energy metabolism and the production of red blood cells. Cobalt deficiency in soils can cause vitamin B12 deficiency in livestock (10).

B12 supplementation is even used in poultry farming to improve health and hatchability:

Poultry species requirements vary from 3 to 10 µg per kg of feed. Squires and Naber supplemented a corn-soybean diet for laying hens at control (no supplementation) or one, two or four times the NRC requirement for vitamin B12. Egg production was reduced after 12 weeks on the diets when hens were fed the two lowest vitamin B12 intakes. As vitamin B12 intake increased, shell thickness decreased and egg weight, hen weight, and hatchability increased (10). 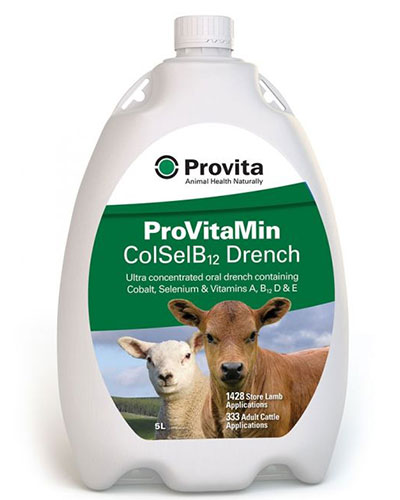 Only a few bioavailable forms of B12 have been discovered in the plant kingdom, but the claim that there aren't any is old science and provably false.

Similarly, the notion that dairy and meat are natural forms of B12 is highly questionable because of supplementation in modern farming practices. This supplementation is likely to increase due to soil depletion, which results in lower B12 intake for even grass-fed/organic livestock.

Moreover, the assumption that “a vegan diet isn't natural because you have to supplement B12” is a hypocritical one, because most of us will have been subject to, knowingly or unknowingly, B12 supplementation since childhood through the fortification of cereals, spreads, milks, juices and other supermarket products.

The idea that one should avoid a plant-based diet on the basis of lack of B12 doesn't stand up to scrutiny. In fact, supplementing B12 is highly beneficial for both vegans and meat eaters. No nutritionist would suggest otherwise.

Absorption of B12 is affected by many factors, including microbiome health, illness, and age. So regardless of whether you think you are getting enough B12, taking a supplement will ensure that enough B12 is being absorbed for optimal health.

+ Choose the right B12 supplement