You are here: Home / Lifestyle / Vegan Vs. Vegetarian – What’s the Difference [And is There Beef?]

Veganism is widely cited as a form of vegetarianism, but vegans generally don’t see it like that and prefer to distinguish clearly between the two.

Well, one reason is that a number of sub-category diets have emerged under the vegetarian umbrella that include eating meat and using animal by-products, something vegans are obviously keen to disassociate themselves with.

There’s also the fact that most (not all) vegetarians eat eggs and dairy products, which is something vegans don’t do.

With so many sub-groups of vegetarianism, it can all get a little bit confusing, so let’s clear it up, once and for all. 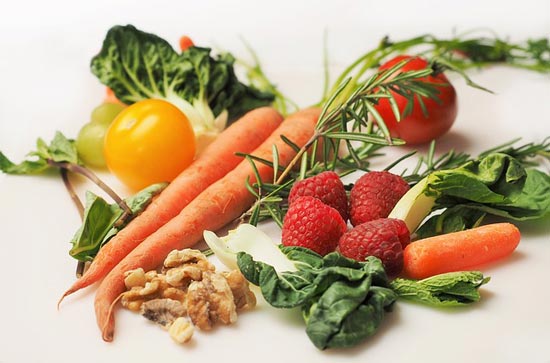 The defining line is pretty clear, yet often confused by companies selling food products and foodies and chefs.

Like vegans, vegetarians do not eat any animal flesh: so no chicken, pig, cow, seafood or any other animal.

However, in addition to not consuming any animal meat, a vegan doesn’t eat eggs, dairy products or any other product derived from an animal.

Vegans do not eat dairy products because the dairy industry is extremely cruel, in that it enslaves and repeatedly artificially inseminates cows to produce milk and other dairy products.

When a cow gives birth, her calf is generally taken away within a day of birth, which causes them both extreme distress. Mother cows can be heard crying for their calves for days. The mothers are then hooked up to milking machines two or more times a day and the milk meant for their calves stolen for human consumption.

Due to forced milking, dairy cows suffer painful inflammation of the mammary glands (mastitis). If this happens too frequently, a cow will be sent to slaughter as she is “not profitable” in terms of milking.

Male calves usually end up in cramped veal crates or barren feedlots where they are fattened up for beef. The females will become milk cows like their mothers.

This treatment of cows is the main reason vegans object to vegetarianism. 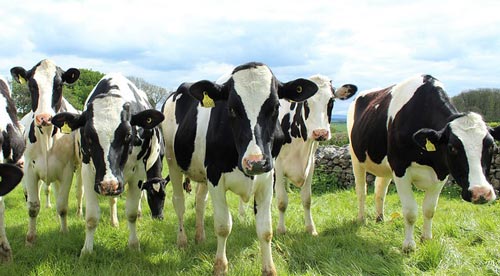 Vegans do not eat dairy products; vegetarians do. Vegans object to the enslavement and abuse of cattle for milk production.

Vegetarians tend to be a bit more lenient when it comes to using products derived from animals and you may find preference varies from person to person.

Veganism, however, is very clearly defined and there is no deviation. Animals are not to be exploited in any way, and the aim is to reduce (as much as is possible) the suffering caused to non-human sentient beings.

Technically, yes. There’s only one way to be a vegan, but there are a couple of different variations in the diet of a vegan.

You see, people tend to see veganism as a diet, but actually it's a way of living that seeks to reduce harm and suffering. However, diet is the biggest part of that.

Two variations of a vegan diet are as follows:

A raw vegan is a person who combines the concepts of veganism and raw foodism, excluding all food and products of animal origin from their diet, as well as food cooked at a temperature above 48 °C (118 °F).

Yes, it really is a thing! Think the paleo diet minus the meat.

For those who don’t know, a paleo diet is based on the types of foods presumed to have been eaten by our Paleolithic ancestors. Followers eat a diet consisting mainly of meat, fish, vegetables and fruit, and excluding dairy, grains and processed food. Do note that the paleo ideology has been debunked by science and numerous anthropologists (see here).

So a paleo vegan is basically a vegan who doesn’t eat processed foods.

The paleo vegan diet is a bit of strange sub-genre, but a marketer's dream no doubt. In truth, it's really just a vegan diet, since the large majority of vegans endeavour to eat high-quality, organic foods anyway, generally avoiding ready-meals, sugar-laden sweets, soda drinks, etc.

So a paleo vegan is just a very healthy vegan.

I should note here that one can also draw a distinction between a person who is a vegan and a person who doesn't identify as a vegan but eats a plant-based diet. The latter is not neccessarily concerned with animal cruelty but chooses to eat plant-based to improve health.

Your Next Read: Being Vegan Vs. Eating a Plant-Based Diet

A fair few branches have sprouted from the vegetarian tree over the years (I’ve waited ages to use that pun), giving vegans even more of a reason to distance themselves from the all-encompassing term “vegetarian” and claim “vegan” as an exclusive category of its own.

Note that the majority of sub-categories of vegetarianism exist solely to define a type of diet, seeking to exclude or include certain foods based on a perception of what’s “healthy” for the individual.

The fact that certain categories of vegetarianism still include meat, and all include some type of animal protein, doesn’t seem to be a consideration, and neither does animal welfare in many instances.

It’s fair to say that your typical vegetarian also gets annoyed with some of these offshoot branches.

Also referred to as “lactarian”, this type of diet includes vegetables and dairy products such as milk, cheese, yogurt, butter, ghee, cream, and kefir, but excludes eggs.

An ovo-vegetarian diet excludes meat, fish and dairy products but includes the consumption of eggs. Ovo vegetarians are also referred to as “eggetarians”.

A semi-vegetarian is considered to be a person who is cutting back on his or her intake of meat, but still eats meat when they feel like it. There are two subcategories to this form of, dare I say it, vegetarianism, which it really isn’t!

A pollo-vegetarian diet, known as pollotarianism, includes poultry, dairy and eggs but excludes fish or other mammal meat.

A pesco-vegetarian follows a pescatarian diet, which includes eggs and dairy products, and the occasional consumption of chicken and fish, but excludes red meat.

Do Vegans Have “Beef” With Vegetarians?

By “beef” I mean a grudge, not the flesh of a cow! I just used this slang to create a controversial, click-worthy title. Clever, huh?

It’s not that vegans have a problem with vegetarians, but vegetarians may experience a vibe of disappointment emanating from the plate of their vegan peers.

This disappointment is borne out of frustration for not recognizing the evil of the dairy industry, and indeed the egg/chicken industry, and making the final step to veganism.

Vegans tend to see going vegetarian as a stop-gap on the pathway to veganism. Indeed, like myself, many vegans go vegetarian before making the full transition.

Vegans commend those who go vegetarian, but this does come with an expectation of a serious intent to go vegan, and to do so as soon as possible.

So, if it has been two years since you went vegetarian, expect some tough love from your vegan friends.

Isn’t This Pressure On Vegetarians Un-Vegan-Like?

Just because we love animals, eating fresh greens and hugs, doesn’t mean we can’t get a strop on!

But seriously, no, it’s not unfair. And here’s why…

Most vegetarians, not all, eat dairy, and or use products derived from animals – like leather and silk.

Vegans consider the dairy industry to be the cruelest sub-division of the meat farming industry. As we've discussed, extracting milk requires continuous torture for cows (heifers), and then there’s the fact that calves are torn from their mother the minute they are born.

Male calves are either used as breeding bulls or sold for veal. The females are set aside for milk production, with substandard producers discarded and sent to market to be slaughtered for beef.

Either way, if you’ve ever heard the screams of a calf being forced from its mother, or dragged to slaughter, you’ll understand why vegans aren’t comfortable with vegetarians who eat dairy products.

And then there’s eggs –  click here for the full low down on that aspect of cruelty.

In a nutshell: Male chicks are murdered in an industrial blender or gassed or electrocuted. Hens are subjected to the slavery of laying eggs and deprived a life in a natural environment, and those too old to lay are slaughtered for meat – usually by having their heads cut off or their spines snapped.

So, again, you can see why vegans aren’t comfortable with those who stay vegetarian for too long.

For many vegans, it’s as much more about animal rights than it is about health; even though science has proven that a well-balanced vegan diet is the healthiest option.

And then there's the environmental issues.

Your Next Read: 32 Environmental Reasons to Stop Eating Meat

So Are Vegetarian-Labelled Products Okay for Vegans to Eat?

This is probably the section you're looking for if you've got a vegan coming over for dinner.

The answer is no. Don't think that because a food product is labelled “vegetarian safe” that it is “vegan safe' too.

Vegetarian: The term ‘vegetarian’ should not be applied to foods that are, or are made from or with the aid of products derived from animals that have died, have been slaughtered, or animals that die as a result of being eaten.

Vegan: The term ‘vegan’ should not be applied to foods that are, or are made from or with the aid of animals or animal products (including products from living animals).

On the face of it these guidelines seem pretty clear, but beware, as the terms ‘vegetarian’ and ‘vegan’ are used voluntarily by industry.

To absolutely ensure that a product is vegetarian or vegan safe, look out for the approved labels.

And if the food has neither, you will have to go by the ingredients, ring the manufacturer, or do some research online.

Also consider that foods that seem safe to eat by way of their ingredients, may be made in factories where non vegan/vegetarian products are made. This means that cross contamination may have occurred, which is particularly common with milk products.

So there you have it, the difference between a vegan and a vegetarian.