You are here: Home / Morality / The Truth About Avon’s Animal Testing Policy

Avon is a longstanding cosmetics company that that was founded in the mid-1930s.

The founder David H. McConnell started out a struggling salesman, but his persistence selling perfumes, powder and rouge and lipsticks saw his company become one of the biggest in North America, which today occupies a global market.

Avon made big waves with the animal rights community when it proclaimed to have ended animal testing nearly 25 years ago.

This claim earned them big marks with PETA, who proudly championed them as a company that cares about animal welfare.

However, in 2012, news broke that Avon’s animal welfare policy was anything but, as it admitted that it was marketing its products to countries that require animal testing to sell to the public – most notably China.

As a result, Avon has come under fire for misleading its customers and later removed its animal ethics statement from its website. 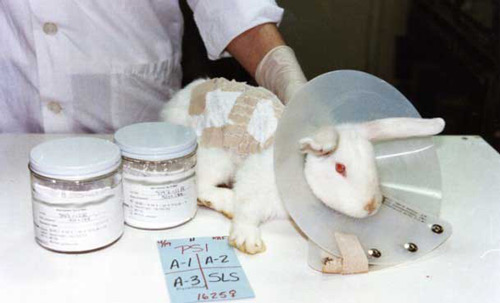 …does not conduct nor request animal testing in order to substantiate the safety or efficacy of any of its products or raw ingredients. Our approach to safety evaluation utilizes extrapolations from existing data as well as from computational modeling, in vitro (test tube/cell culture) testing and clinical tests on human volunteers. In some countries, some products may be required by law to undergo additional safety testing, and this may include animal tests.”

Unfortunately, Avon’s new big market is China, which means while they may not test on animals themselves, they have to pay to have it done in China so they can sell in China.

PETA noted that the Chinese government requires animal testing for cosmetics before they can be widely sold to its consumers. This fact is minimized by Avon, but it is still important to emphasize to customers who believe the company is cruelty-free.

in some countries where we do business, additional safety testing is sometimes required by law.”

Note here how they seek to minimize their connection with the Chinese cosmetic market, for obvious reasons.

Avon wrapped up their statement by noting that the company

“has a deep respect for animal welfare.”

Though this is clearly contradicted by their focus on profit margins as opposed to animal concern. Why not just not sell in China and make a stand? Money, of course. Sadly, profit usually comes before the well-being of people and animals.

In 2012, an animal welfare group called Uncaged, headed by Dr. Dan Lyons, accused the Avon company of falsifying its cruelty free label and failing to conduct business honestly with its consumers.

Lyons pointed to the corporate website, which noted that Avon’s reach extends to over 100 countries, selling nearly 9,000 different products to consumers over the globe.

3 percent of these products were tested on animals, in accordance with their selling country’s government guidelines.

Lyons noted that 3 percent equates to about 27 Avon products, but the repercussions for animals could be astronomical.

He explained that each ingredient is tested approximately 15 times, equating to over 1,000 animals killed or maimed for each trial.

While Avon tried to fire back, the company did remove these claims from their website.

Nearly five years later, it is interesting to note that Avon has restored a statement about animal rights to their website. It reads as follows:

Respect for animal welfare is a cornerstone of Avon’s product safety philosophy. In fact, Avon was the first major cosmetic company to end animal testing nearly 25 years ago and we do not rest on animals today.

Instead, we use non-animal product safety testing methods. Unfortunately, a few countries require additional safety testing, which may include animal testing.

Avon, in partnership with other organizations, works to help advance government acceptance of alternative non-animal testing methods. But if a compromise cannot be reached, we must comply with the testing required by local law. Animal testing is an issue faced by all global beauty companies. 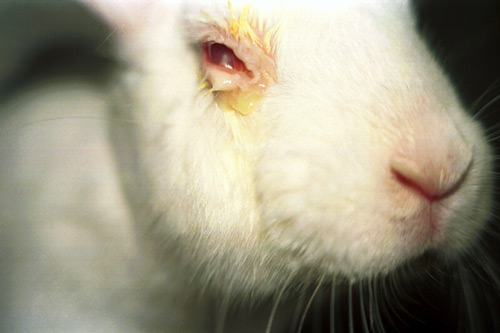 The phrasing in Avon’s corporate policy reads as a desperate public relations attempt to salvage Avon’s image as an animal-friendly company. The truth of the matter is that the statement does not take a stance on combating animal cruelty and does not reflect any interest in preventing animal testing or withdrawing from markets that require it.

Though Avon may note their interest in persuading the Chinese government to alter the cosmetics testing rules, their lack of effort on this front speaks volumes.

Avon is far too invested in their economic success in China to challenge the government, and in turn, jeopardize their lucrative position in the industry. While this disclaimer is in place, perhaps to protect the company legally, the fact stands that Avon continues to pursue a market in China.

Avon products currently sold in Chinese markets include the following:

The enormity of Avon’s Chinese market makes their role in animal testing sizable, though this is a fact that they try to minimize. Unfortunately, Avon remains complicit in the horrible treatment of animals that is not limited to the following:

Those concerned with animal welfare should avoid purchasing any cosmetics products from Avon, as there is no way to ensure that their industry is cruelty-free.

In response to a confusing cosmetics marketing, which includes somewhat misleading phrases like ‘cruelty-free,’ or ‘animal friendly,’ eight animal protection groups created a Coalition for Consumer Information of Cosmetics (CCIC), which works to enforce a single standard for ethical, animal-free products.

Their logo (a leaping bunny) and listings are based on the following standard, most noteworthy of which include:

In addition, PETA has it’s own list of cruelty free brands, which consumers can use in conjunction with the Leaping Bunny List.

Other Cruel Brands to Avoid

Unfortunately, Avon is not the only brand to support the continuation of animal cruelty. Other brands to avoid include: 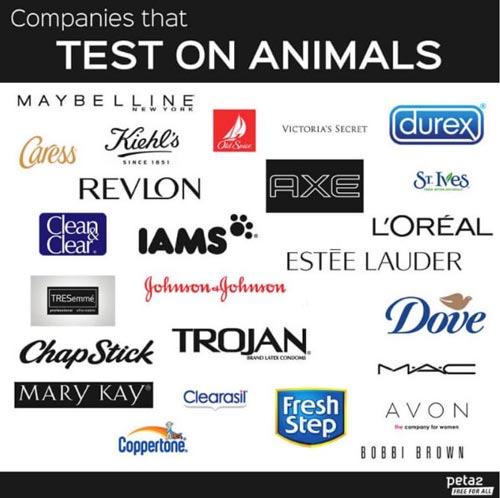 Though Olay doesn’t explicitly state how many of its 400,000 annual product safety tests are carried out on animals, it is worthwhile to note that Olay is not on the PETA’s cruelty free list or the Leaping Bunny list.

Under the umbrella of parent company L’Oreal, Garnier is a large company that those who oppose animal testing generally try to avoid, as the company is well known for conducting safety tests on animals.

Popular skincare company Neutrogena hasn’t made PETA’s list- or the Leaping Bunny list, either, because it’s products may not be tested on animals, but are not entirely cruelty free, meaning they contain animal byproducts obtained in cruel ways.

Other Makeup Companies to Avoid:

While it can be disheartening to learn that so many mainstream products are either tested on animals or contain animal byproducts that were obtained in a cruel manner, both PETA and Leaping Bunny are attempting to steer consumers in a more ethical buying direction by promoting and supporting companies who have made the commitment to stop using animals as ingredients and test subjects.

There is absolutely no reason to test products on animals. Animals are used instead of modern, cruelty-free techniques because they are cheaper; it is as simple as that.

In many instances, science has shown animal testing to ineffective, because animal skin and organs often react differently to those of humans when coming into contact chemicals and other ingredients.

For this reason, In vitro (test tube) test methods and models based on human cell and tissue cultures are more expensive but more accurate.

The bottom line is that Avon needs to change its animal testing policy and stop putting profits before the welfare of animals.

Mum to a vegan daughter, Ritar is passionate about ensuring kids get the best nutrition and yummiest meals.