You are here: Home / Health / G-BOMBS: Science Says These Are Probably the 6 Healthiest Foods on the Planet
Health

Consuming a diversity of plant-based foods is the best way to ensure optimal nutrition, which in turn helps prevent disease.

But which plant foods are best to eat to help you get your fill of nutrients and simultaneously fight disease?

G-BOMBS is an acronym that stands for greens, beans, onions, mushrooms, berries, and seeds.

These foods have a substantial amount of scientific evidence behind their ability to prevent cancer (primarily), and additionally help protect against diabetes and heart disease.

In this article, we'll take a closer look at these foods and their evidence-based health benefits.

Who Invented the G-BOMBS Acronym

But first, let's take a moment to pay homage to the inventor of the G-BOMBS acronym, Dr. Joel Fuhrman.

Dr. Joel Furhman is a board-certified family physician and nutrition expert who has written several books and cookbooks.

He focuses on eating a plant-based diet for optimum nutrition and healing, including the reversal of diseases like diabetes.

In addition to his books, he has published many scientific papers on nutrition and the dangers of eating processed foods.

Dr. Fuhrman created the G-BOMBS acronym to categorize some of the most nutritious foods that have the strongest effect on fighting cancer.

For optimal health, the former athlete turned doctor recommends eating foods from each of these categories on a daily basis.

Joel is president of the Nutritional Research Foundation and runs the Dr. Fuhrman Wellness Center in New Jersey. He actively spreads the word about the benefits of healthy eating through numerous radio and television appearances.

Let's get into the categories and some of the research. 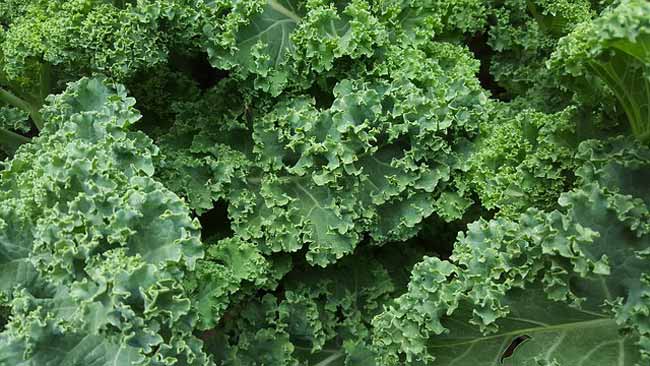 There are many leafy greens to choose from, each full of nutrients while remaining low in calories. This makes them ideal for weight loss because it’s possible to consume a large quantity without a high caloric impact.

Cruciferous vegetables contain glucosinolates, a compound that has been found to inhibit carcinogenesis in animal studies. These greens also stimulate cell death in human tumor cells and may be protective against lung cancer (1, 2).

One large study of over 88,000 participants found that those with the highest cruciferous vegetable intake had lower mortality rates, including death by cancer (3).

Watercress is thought to be one of the most nutritionally-rich green foods. Researchers found that its extract can help to prevent DNA damage and inhibit the cell growth of colon cancer cells (4).

Eating greens can also help reduce inflammation and oxidative stress, which is related to many chronic diseases. 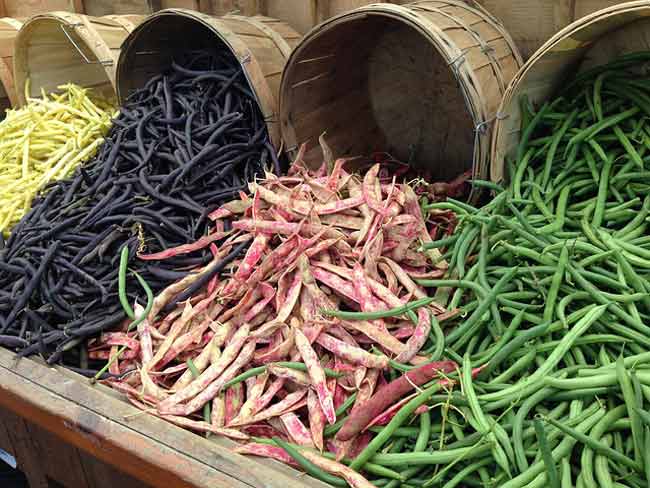 Beans and legumes are a nutrient-dense source of carbohydrates that also contain fiber, protein, and resistant starch.

One study examined the relationship between consuming beans and colon cancer. Researchers found those who ate beans twice a week had a decreased risk of developing colon cancer (5).

Chickpeas contain numerous amino acids as well as unsaturated fatty acids, which are thought to have beneficial effects connected to diseases such as diabetes and some cancers (6).

Substituting red meat with legumes has also been shown to have many benefits, including reducing blood glucose and insulin levels and cholesterol in patients with type 2 diabetes (7).

Soybeans, commonly eaten as tofu, are rich in antioxidants called isoflavones which have been linked with a decreased risk of cancer.

One study found that participants who ate a large amount of soy had lower rates of gastrointestinal cancer risk (8).

Other studies have found that eating soy foods was connected to a lower risk of developing breast cancer in Asian countries. However, some of these studies did not control the diet, so it is unclear if other factors contributed to the decrease (9). 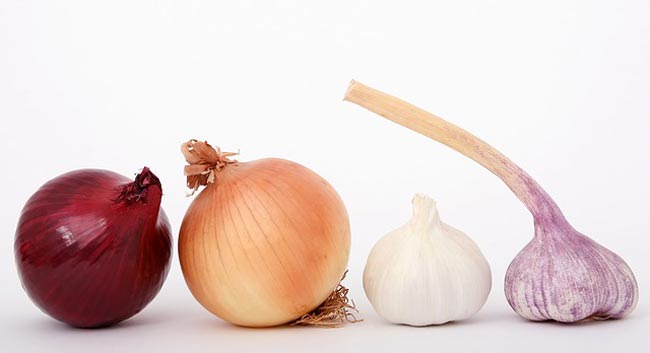 Onions are part of the allium family, which contains vegetables like garlic, shallots, and leeks.

Onions are full of antioxidant compounds that are credited with reducing the oxidation that leads to cellular damage.

They are one of the richest sources of flavonoid antioxidants (10).

Within the flavonoid family are anthocyanins – found in red onions. There have been many studies that link the consumption of foods full of anthocyanins to a decreased risk of disease.

One study, in particular, found that anthocyanins had anti-tumor effects and inhibited the metastasis of cancer cells (11).

A study in Italy found that those who had the highest portions of allium vegetables in their diet had the lowest risk of gastric cancer (12).

Colorectal cancer risk was also lowered in those who consumed garlic and onions (13).

One study found that quercetin inhibited the growth of 9 different cancer cell lines and reduced tumor volume in animal tests (14).

Fisetin, on the other hand, had a beneficial effect on lung cancer cells through its anti-tumor effects and inhibition of cell proliferation (15).

4. M is for Mushrooms 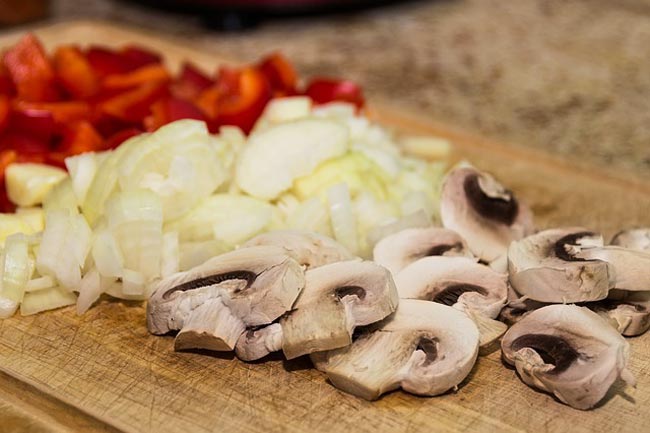 Mushrooms have been considered medicinal in many cultures for thousands of years and can be eaten raw or cooked.

Mushroom-based teas and protein powders have also become popular as many companies have started capitalizing on the health benefits of mushrooms.

When it comes to fighting cancer, one study tested five different types of mushrooms to see if they could be protective against breast cancer.

Some extracts increased cell death, and overall all the mushrooms suppressed cell proliferation.

The researchers suggest that eating mushrooms may indeed be protective against breast cancer (16).

Shiitake mushrooms, which were not included in the breast cancer study, contain a compound that may help cancer patients when used in combination with chemotherapy.

The lentinan in these mushrooms has anti-tumor effects and helps by boosting the immune system, which may help slow tumor growth. It was especially successful in prolonging the survival rates of patients with gastric and colorectal cancer (17).

Reishi mushrooms also help to fight disease and inflammation and have been used in powder form as a chemotherapy agent in the past.

In one study, reishi helped suppress cell adhesion and migration of invasive breast and prostate cancer cells. Its ability to reduce tumor invasiveness lead researchers to conclude that it may be beneficial as an alternative therapy for these types of cancer (18). 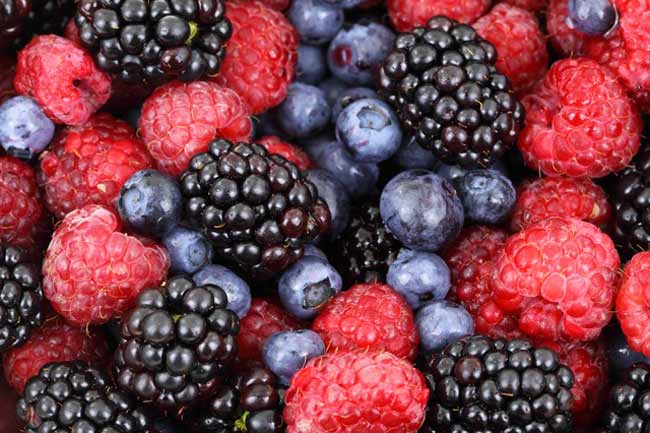 There are many types of berries and some of them like blueberries, blackberries, and raspberries have some of the highest levels of antioxidants (19).

Many studies suggest that antioxidants play a key role in reducing oxidative stress which can protect against DNA damage by free radicals.

One study of healthy male participants found that eating blueberries resulted in reduced DNA damage after 1 hour. Just one portion seems to be enough to improve the antioxidant defense of the cells (20).

Even when not eaten fresh, consuming berries can lead to positive health effects. Another study found that eating freeze-dried black raspberries may lead to improved tumor biomarkers in some with colorectal cancer (21).

The anthocyanins in black raspberries that were also freeze-dried suppressed the development of esophageal tumors in an animal study (22).

Another study using freeze-dried strawberries found there was a reduction in tumors, suggesting that this berry may inhibit tumor formation in those with oral cancer (23). 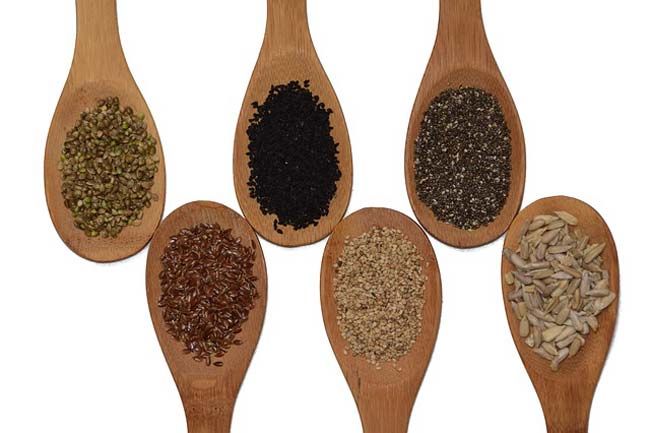 Many different types of seeds provide an excellent source of fiber, protein, and omega-3 and omega-6 fatty acids.

Most seeds are also high in antioxidants and contain lignans, a polyphenol, which can contribute to lower cholesterol and a reduced risk of heart disease (24).

Flaxseeds have been shown to have health benefits such as tumor reduction in patients with breast cancer (25).

Pumpkin and sunflower seeds are also related to a reduced risk of breast cancer when compared to those who don’t consume these seeds in their diet (27).

Hemp seed oil has been show to be beneficial to those with eczema because the essential fatty acids seem to improve dryness and itchiness of the skin (28).

As you can see, there is solid evidence behind the health benefits of G-BOMBS, in particular their ability to fight cancer.

In addition, these foods should be eaten for general health benefits: G-BOMBS are packed full of vitamins, minerals, fatty acids, and other essential nutrients.

Consuming these foods has also been shown to affect other major diseases such as heart disease and diabetes.

High fiber foods such as beans promote weight loss and weight control, helping to prevent obesity, which has been linked to many chronic diseases. Fiber is also essential for digestion and colon health.

Eating a diet which contains a variety of antioxidants also protects against cell damage, fights inflammation, and may promote healthy skin too.

By consuming a whole-food, plant-based diet that incorporates these foods every day, you will help prevent cancer and other diseases and give yourself a better chance of living a long, healthy, and vibrant life.