You are here: Home / Morality / Why We Should Legalize the Sale & Consumption of Dog Meat

The American Society for the Prevention of Cruelty to Animals estimates about 3.3 million dogs enter U.S. animal shelters every year. (Source)

In Houston, Texas, alone, there are more than 1 million stray dogs, according to the city's pet shelter, BARC.

The UK has a similar problem: The Stray Dog Survey reveals 47,596 dogs were heartlessly left behind in council pounds, where they remained unclaimed by their owners.

On the whole, people are grossly irresponsible when it comes to pet ownership.

We selectively breed dogs to make them look more appealing and take on adorable personality traits.

We want a friendly face to greet us after a long day at work and cuddles on the sofa, but we're too lazy to socialize a dog properly, give a dog regular long walks/runs, and feed a dog the correct amount of food, and the correct nutrition for optimal health.

A high percentage of owners refuse to pick up their dogs poop too, leaving it all over the streets and parks for others to step in.

These people know full well the danger this presents to children: Children can become seriously ill from toxocariasis, and can even be blinded.

It has been estimated that a single gram of dog waste can contain 23 million fecal coliform bacteria, which are known to cause cramps, diarrhea, intestinal illness, and serious kidney disorders in humans. EPA even estimates that two or three days’ worth of droppings from a population of about 100 dogs would contribute enough bacteria to temporarily close a bay, and all watershed areas within 20 miles of it, to swimming and shell fishing. (Source)

Being a responsible dog owner is hard work, which is why the shelter figures are so high.

Many owners fail and and can't handle the responsibility, and the dog ends up unwanted. 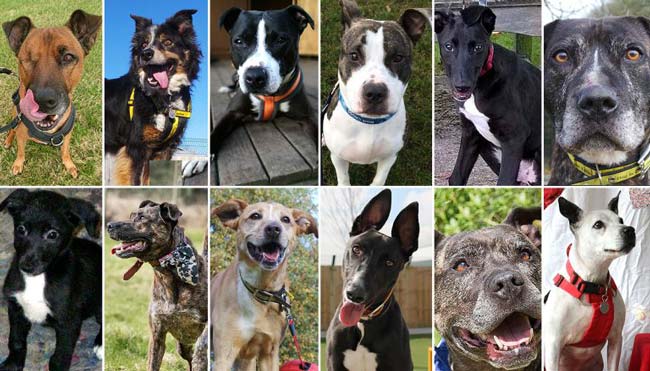 Unwanted dogs. Why not just eat them? You eat pigs, cows, lambs and chickens. (Image credit: The Metro)

The Impact on Shelters & Missed Opportunity

Think of the financial cost of keeping all these dogs in shelters.

Why allow the breeding of dogs on such a massive scale, only to cause such a public nuisance (dog poo, dog attacks, noise pollution) and such a huge economic cost?

Why not create a licence that all owners have to pass before owning a dog, and carry out yearly home inspections. The owner would have to pay for this too.

B. Make eating dog meat legal (UK); and legal in all states, and to sell it in stores (US)

The only US states outlawing its consumption are California, Georgia, Hawaii, Michigan, New Jersey, New York, and Virginia. It is, however, illegal in all states for slaughterhouses to handle dogs, and for stores to sell the meat. (Wikipedia)

Doing A would reduce the demand for dogs and thus fewer would be bred.

Doing B, in both countries, would clear the burden on shelters in no time. Strays could be cleared off the streets too.

Legalizing dog meat on all counts would also enable people to cook their own dogs if they can no longer look after them, or if they are struggling for food. They could also sell the meat for cash.

Many of the dogs end up being put down after some time anyway, and many shelters have to euthanize dogs due to excess numbers.

Why not just eat our way out of the problem?

People eat cows, pigs, sheep, chickens and all sorts of other animals; so why pass up all this good meat?

But we love dogs, we can't eat them!

Why do you hate cows, pigs, sheep, and chickens but love dogs so much?

Is it because we need to kill those animals to feed to our beloved dogs?

To learn more about this cultural conditioning read:

=> Why We Love Dogs, Eat Pigs, and Wear Cows

I don't eat animals because it's unnecessary. But if people want to eat meat, wouldn't it be better to cut down on factory farming and all the toxic meat and instead eat organic dog meat?

Like most meat it's not nutritiously dense; it's also void of fibre and high in saturated fat. But it is calorie and protein dense.

It could be part of a subsidy scheme for families on a tight budget, no?

It could feed the homeless, right?

Why Imprison Them When You Can Eat Them?

Why keep all these dogs locked up in shelters, many constantly anxious and stressed?

If you love eating meat, why not eat the dogs?

Or, if you can't bring yourself to chow down on a Jack Russell, why not export the meat to China or Vietnam and make a killing! (Pardon the pun).

Why would that be objectionable? We slaughter billions of animals each year. These dogs would make up a very small number of animals killed for food.

Moreover, people generally object to the way the Chinese slaughter dogs – skinning them alive and such. So if we slaughtered the dogs “humanely”, we'd feel better about the practice of eating dog.

Come on! Hindu's don't get angry when the rest of the world eats cows, right? 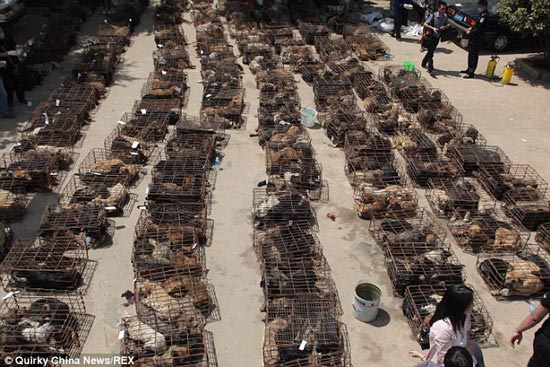 Sickening. How evil is this?

Dog Lovers Are Making Dogs Suffer with the No-Kill Policy

If such ideas were adopted as policy, perhaps it would prompt people to think twice about breeding so many dogs, buying dogs and not taking care of them properly, and letting their dogs become such a nuisance and risk to society.

But no. Dog lovers are making the problem worse and inadvertently causing further suffering to our four-legged friends.

The no-kill movement, most of whom I assume eat cows, pigs, sheep, and chickens, has contributed to the dog population growth.

The number of dogs and cats euthanized in the US has decreased from 20 million to 3 million each year because of pressure from no-kill lobbyists.

Where is the no-kill movement for cows, pigs, sheep, and chickens?

It's fine to be fanatical about selectively breeding more dogs than society can cope with, impounding them in unnatural, stressful environments, and then campaigning that none of them be euthanized, but it's radical to want to stop factory farming.

I hope that through this somewhat satirical post, you can see the outrageous hypocrisy behind this issue.