So you want to invest in the stock market but you're also a vegan, which means you don't want to support companies who exploit animals in any way.

The good news is that with the rise in demand for plant-based products, vegan investing is more accessible than ever before.

From mock meats to CBD products, you can build a portfolio that grows with your ethics.

However, you need to go into the market with the understanding that being ethical is not a recipe for good returns.

Basing your financial decisions on ethical principles is a nice idea, but it is likely to result in loses.

Your investments should always be based on your knowledge of the company you are investing in and the overall market conditions. You should invest in what you believe will give you the largest return.

With that being said, there are some promising vegan companies worth looking at. In the list below I'll share the ones I'm invested in, along with a couple of others I'm keeping an eye on. 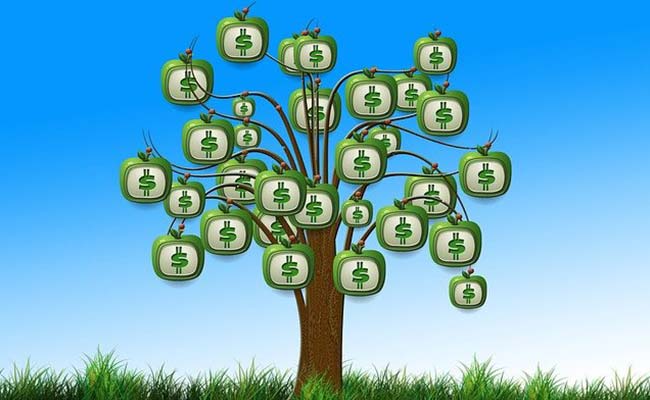 Please note that this article does not constitute financial advice. This is a list of available vegan stocks (some of which I own) along with my personal opinion. I am not a financial advisor – just a regular guy who does some investing on a hobby basis. Before you make an investment, you should seek the advice of a qualified financial adviser.

While some vegans choose to eschew products that resemble meat, Beyond Meat has become hugely popular for its faux beef burgers, meatballs, sausages and patties.

It sells at 28,000 stores across the USA, including Target and Kroger, and was the top selling alternative meat brand in the refrigerated section in February 2021.

Prior to the pandemic, Beyond Meat reported triple-digit quarterly net revenue growth, multiple times. Gowever, the pandemic hit its food sales, which made up half of total annual sales. But this setback appears temporary.

Just recently the company announced that it was launching in 445 new retail locations in the U.K., 155 stores in Switzerland, and thousands of locations across Germany, Austria, and the Netherlands.

Early investors were made millionaires, and while that ship has long sailed, it's clear this stock still has legs.

While the company is not 100% vegan due to some vegetarian product lines, the company is very plant-based centric and has therefore become a popular stock with vegan investors.

Founded by Sarah Galliti, an American of Italian descent, Tattooed Chef has a farm to table philosophy, with most of the ingredients grown in Italy in fields the company contracts.

Tattooed Chef's food is distributed throughout the US in grocery stores and via its website, and has started a trial launch in the UK.

Reviews suggest people love the taste of the products, and the stock is widely considered undervalued due to its excellent market performance in a short space of time.

Anyone who has raised a vegan child knows how few vegan formula options there are on the market, and in some countries there aren't any!

In fact, if I had the money or the backing, I'd have set a company up myself and surely made a packet by now.

Else Nutrition is one of a few companies in the vegan formula market, and the only one I know of that does a dairy and soy free formula. In fact, nutrition wise it's probably the best available.

The company also specializes in baby snack products and baby feeding accessories such as feeding bottles and disposable teats.

With the number of young vegans on the rise, the next generation of parents are going to create a higher demand for vegan baby/child formula, drinks, and foods. Based in Israel – a growing vegan market and with good US trade relations – Else Nutrition is well positioned for growth.

However, I think we'll see a number of competitor brands in this space within the next 5 years, which may shrink Else Nutrition's market dominance.

Planet 13 is a CBD company with a large dispensary in Las Vegas. It became a popular stock because of its novelty style branding, which became somewhat of a tourist attraction.

This novelty has worn off somewhat since the legalization of cannabis and the increase in dispensaries operating in the state.

Looking back on 2020, we weathered the perfect storm of COVID-19 and the resulting 55% decrease in tourism and still increased revenue year over year, generating over $70 million while maintaining our share of the Nevada market.” Larry Scheffler, Co-CEO

With a second store opening in California in July 2021, and profits starting to materialize, Planet 13 remains an interesting stock.

The Very Good Food Company is a plant-based meat and vegan cheese company. You may remember them from their Dragon's Den pitch in 2016, after which they went on to raise $600,000 from local investors through Canadian equity-crowdfunding platform FrontFundr.

The company has  since acquired The Cultured Nut Inc., a popular artisan vegan cheese producer known for its block-style cheeses, and has opened two new production facilities in Vancouver and California.

While the branding is strong and there's a wind in its sale, small profits to date have led some investors to believe the stock is overpriced –  largely due to hyperbolic YouTube reviews and good PR.

That said, in the first quarter of 2021 the company announced the signing of a U.S. distribution agreement with United Natural Foods (UNFI), the largest publicly traded wholesale distributor of health and specialty food in North America.

Burcon NutraScience works in the development of plant protein extraction and purification, with a 33 per cent stake in the JV Merit Functional Foods, where Merit has been building a state-of-the-art facility for production under license of pea and canola proteins

The company's main products are Peazazz, a pea protein, Puratein and Supertein, canola proteins, and CLARISOY, a soy protein. Burcon supplies its products for use in baked goods, protein cereal bars, dressings, sauces and meat substitutes.

Potential vegan investors should note that in 2020 the company announced an agreement with Nestlé to develop and commercialize novel plant protein ingredients for use in Nestlé’s foods and beverages. Nestlé is obviously not a vegan company.

However, this agreement, along with a $30-million investment with Bunge (agribusiness) has bolstered investor interest and the stock continues to rise.

The above companies make up just a handful of vegan stocks on the market.

While we tend to associate vegan with food (plant-based), there are many other areas outside of food such as renewable energy, tech stocks, media companies and more. So broaden your horizons to companies that are incidentally vegan. Doing so will give you a stronger portfolio.

One thing I've found challenging as a vegan investor is that you often uncover information about a company that doesn't sit well with your ethics, sometimes after having made your investment.

For example, you may discover that part of a company's supply chain isn't vegan, or that the vegan brand you invested in runs another company that engages in a non-vegan activity.

A prime example of this is Hain  Celestial. This is a health foods and personal care products company with a number of brands under their umbrella, most of which are vegan.

However, they have a Greek yogurt brand too. Some might look past this and say that the overall trajectory of the company is ethical and moving in the right direction, but dairy is of course not vegan.

As we know all too well, being vegan in a predominately non-vegan world has its daily challenges, and the same is true for investing in the stock market.