You are here: Home / Lifestyle / 60 Benefits of Going Vegan That Will Change Your Life

If you're looking for a wealth of reasons to go vegan, or a few home truths to share with a friend who's challenging your plant-based positivity, you'll appreciate the following list .

NB: The people quotes in this list are taken from real-life meat-eater-turned-vegans interviewed for the purpose of this list.

1. You are no longer partaking of a system that exchanges death and money. Minimising your impact on other creatures with who we share the Earth is something that will give you an enhanced sense of wellbeing.

2. Veganism is the denial of the ideology of carnism– freeing yourself from institutional cruelty changes your perception of the world around you. We exert power over animals in the same way as we have done so to other humans; women, minorities and the poor in particular, throughout history. Empathy for animals leads to greater empathy for other human beings.

3. 51% of all greenhouse gases are produced by cattle farming. Through adopting a plant-based lifestyle, we can mitigate the damage we are currently doing to our atmosphere- and possibly even begin to reverse it.

4. Plants do not suffer from Creutzfeldt-Jakob Disease (mad cow disease).

5. Plants do not carry e-coli (soil does, though).

6. Plants do not carry salmonella.

7. Plants are not injected with growth hormones like cows routinely are.

8. Plants are not treated with antibiotics which pass into our bodies when we eat meat, making us more at risk from illnesses.

9. Going Vegan: “Cured my asthma, no more congestion that I lived with daily and my leg muscles used to pull weekly during sports and now they never do (being older you would think it would only get worse.)” –Joe. M

10. This is a piglet. Cute, huh? Every day you are vegan, one less animal dies. Obviously, it’s not an immediate effect, but together you will be part of a reduction in demand for meat- and thereby help to halt suffering; just by changing what you eat! 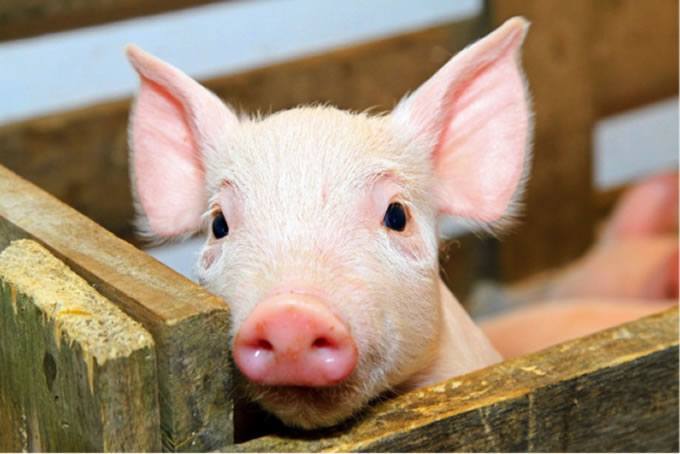 11. “Zero excema! I used to get little itchy rashes on my hands and sometimes feet and ankles. It went away within about a month of giving up animal products. Although I suspect, dairy was the major culprit. I haven't been sick in forever. Improved regularity. I no longer suffer heartburn.

Lost a bit of weight too, which is nice for muscle tone and physique. My knees feel better. My respiration while jogging has improved too. Plus it has made me examine what I eat, which is now almost explicitly whole food.

Breads and pastas have been replaced with whole grains, rice and potatoes. Lots of al dente legumes. My grocery bill has also gotten a lot lighter. Since I'm not paying for all the packaging, processing and fancy corporate logos. Oh. And the libido… Big time!” –Ryan. G

12. This is a puppy. Like the piglet seen above, dogs are a common food in many parts of the world. We see pigs and dogs differently due to our social conditioning.

We are told that one is a friend, and one is and good to eat and can be legitimately killed. Pigs are considered as smart as dogs. You wouldn’t want a friend to end up on a dinner table, right? Our diet is a behaviour that is learned, not a natural development. 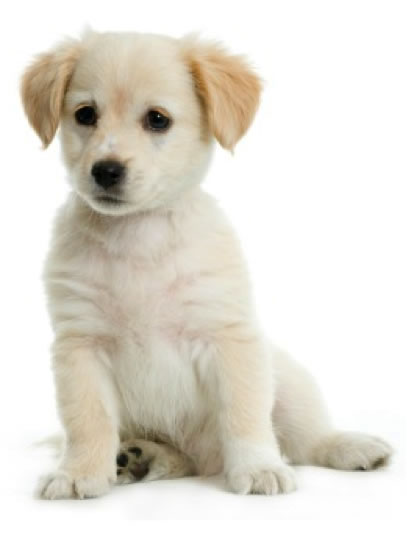 It takes 23 gallons of water to produce a pound of lettuce, 33 gallons for carrots, 4 gallons for apples. To produce of pound of chicken, it takes 815 gallons, for pork 1,630 gallons, and for a pound beef 2,500 gallons.

15. All the common animals that humans eat experience sensations similar to the way we do. Happiness, pain, fear and pleasure are present in cows and chickens, just as they are in you. We want a life of happiness- does that come at the price of the suffering of others?

16. Eating meat and consuming dairy is by definition participation in violence. Removing violence from our lives is surely a desirable thing.

17. “I also feel like my immune system is the best it's ever been. My senses are clearer. I don't eat junk food anymore (aside from the rare vegan ice cream or chocolate). And I crave all sorts of healthy veggies that I never liked much before. Good stuff. Love being vegan.” – Jennifer. M

19. Replacing meat, chicken and fish with vegetables and fruits is estimated to cut food bills by an average of $4,000USD a year

20. It’s about humans too. Slaughterhouse workers are more likely to drink heavily, use narcotics and suffer mental health issues than people in other jobs. The pay is low, the conditions are bad. Supporting the meat industry is to support the suffering of our fellow human beings.

23. While we’re on the topic of fish; almost all fish is now contaminated with mercury. Then we eat it. Isn’t that insane?

24. 70% of the fish population is fully used, overused or in crisis, according to the United Nations. We can stop this.

25. Cultures with low consumption of meat and dairy have lower rates of breast cancer.

27. The language around animal slaughter is designed to placate your ethics. Humane. Free range. Grass fed. Stunned. We know the truth, but dress up the violence to make ourselves feel better. By becoming vegan, you are putting this truth into action.

28. You’ll do better at work. Could be worse, right? Tie that in with the savings you make by not buying meat, and you’ll be sitting pretty. Thank me in the form of a cheque when you get your promotion.

29. With a vegan diet, we access the calorific value of food faster than we do when eating meat. What this means is raised levels of energy, bloating after a meal being a thing of the past and more consistent eating times. Winning all around!

30. The only thing vegan eating lacks, in terms of nutrients, is Vitamin B12. As we discussed here, it is easy to obtain B12 through simple supplements or food that has high yeast content, like Marmite.

31. Veganism leads to living a more conscious life- it is natural once we consider removing cruelty from our diet, we look to the environment, zoos and businesses that exploit animals for profit. The lifestyle lends itself to kindness and compassion, which is something our world could surely use more of.

32. The consumption of dairy products has been shown to trigger acne.

33. In fact, dairy just flat out is no good for humans.

34. Vegans are less likely to be stressed, anxious or depressed.

35. The demands of capitalism have led to the USDA trying to speed up the slaughter of pigs, with fewer workers. The result? Faeces in the food supply! Puts a new twist on a sh*t sandwich.

36. Kale contains more calcium than milk- and unlike milk, contains no animal protein which accelerates the loss of calcium through urine.

37. How many obese vegans have you seen? It’s not just good for the waistline, either. A diet that is naturally low in cholesterol and high in vitamins in minerals is good for adults and children alike.

38. Unlike going paleo or following the Atkins nonsense, veganism is not a fad diet. It has existed in cultures for thousands of years, from ancient India and Greece to the modern day. Go vegan with confidence that you cannot only survive, but thrive better than ever before.

39. There're no rules! Go vegan at a pace that suits you- a big part of the change-over is becoming comfortable cooking vegan food. This is easier than you might think, but even so it can be a little daunting. Look up recipes and tips and introduce a vegan day each week if you’re not ready to plunge in with both feet.

40. Going vegan won't make you a social outcast, quite the contrary. There’s support ready and waiting for you, and a tone of cool people. Searching for ‘vegan’ on meetup.com will show you vegan events and socialising opportunities in your area.

41. As we have said, vegan eating is cheap, but it’s also tasty! Check out Plant Based on a Budget for great recipes.

42. Thank the Buddhists for this one, but you will be amazed at the number of Indian and Chinese dishes that are vegan. A broader palette than you think awaits you in a vegan lifestyle.

43. An antioxidant rich vegan diet (i.e., eat your fruits and veggies) is thought to help prevent cataracts in later life. Personally, I want to keep my eyesight.

44. Your skin is your biggest organ and requires high levels of vitamin A and E. Fortunately, these vitamins are high in a plant based diet.

45. Eliminating dairy can reduce the symptoms of PMS.

46. Eliminating dairy has been shown to reduce occurrences of allergies.

47. When we feed grain to cattle that then are eaten by humans, we use food that could feed humans. At the last estimate, there are eight hundred million humans on Earth who are suffering extreme hunger. Going vegan removes you from this injustice.

48. When chickens are bred, male chicks are thrown into a grinder. Oh, sometimes they are gassed. 50% of a clutch are immediately killed, so we can eat something that has been shown to raise our cholesterol. Barbaric, don’t you think? You can stop being a part of this.

49. No two ways about it, there is no justification for paying someone to kill something for you to eat. All counterarguments to a well balanced vegan diet are inherently hypocritical.

It is OK, we’ve all done it ourselves. It’s natural to eat meat! Lions eat meat, so I should! I only eat humanely slaughtered free range meat! And so on. It’s all a grand game of self-delusion, when it comes down to the facts of nutrition against the abominable cruelty and slaughter.

50. This one might be a little trite in comparison with some of the heavy stuff, but if you’re not eating things that have been roasted to death (again), it’s amazing how easy washing up is.

53. You get to hail seitan as much as you like, and Pat Robinson can’t send you to hell.

54. As a vegan, you can truly say you care about humans and animals, and not be a complete hypocrite.

55. Hmmm, how can we say this? You know how food like curry, strong meats and asparagus can affect how humans… um… taste? Yep, I’m talking sexual fluids here. Vegans taste better, just saying.

56. Realising that there are falafels in the world, and they are so easy to make, will bring tears to your eyes.

57. You don’t have to give up cake. Just use this vegan baking guide to navigate the eggs and milk trap.

58. Vegan beers and wines are a growing industry! Skol!

59. Veganism shows your strength and integrity. I’m not going to deny it; there is push back from people who think vegans are judgmental- mainly this comes from their nagging doubts that we are in fact right.

60. You may have the chance to help someone else become vegan one day, in turn saving even more animals in the world, and helping to save the planet!