Clever marketing and fancy packaging often hides the truth about the animal ingredients inside our food products and vitamin supplements.

We often think of animal food products as simply meat and dairy, but as you'll discover in the list below, there's a lot more hiding in your food than meets the eye.

Lanolin is a wax secreted by the sebaceous glands of wool-bearing animals.

In the modern day lanolin is derived from sheep and often appears on labels as cholecalciferol or calciferol.

It is commonly found in vitamin D supplements, which can be deceiving because the packaging may be labeled as vegetarian.

To avoid this, vegans and vegetarians should look for vitamin D derived from lichen, which is an organism that arises from algae or cyanobacteria. 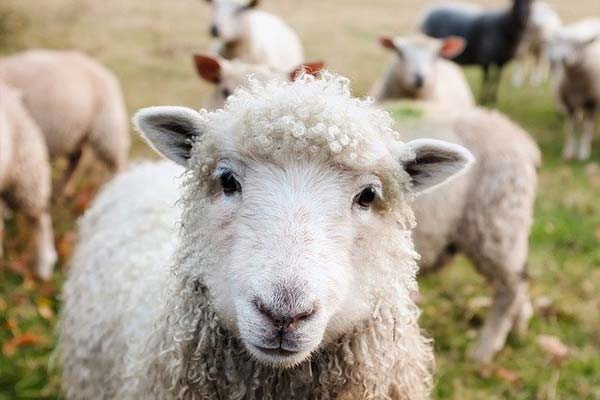 Magnesium stearate is usually made from pigs.

Being a fatty acid, stearic acid is found in dairy and other meat products.

Vegans and vegetarians should look for magnesium stearate made from grains and cocoa.

Gelatin is a common ingredient in foods and one that acts as a filler or coating for supplement gels and capsules.

It is found in sweet foods like cakes, candies, ice cream, and marshmallows.

This colorless, flavorless food ingredient is derived from the collagen of animal body parts. It is this collagen that gives desserts and jelly sweets a thick consistency.

Gelatin is obtained by boiling skin, tendons, ligaments and/or bones with water; usually from cows or pigs.

So while those gummy bears might look tasty, they are full of corpse.

A good alternative to gelatin is a seaweed-derived powder called carrageenan. Another plant-based alternative is agar agar, which is a type of red algae that can be pressed and cooked. 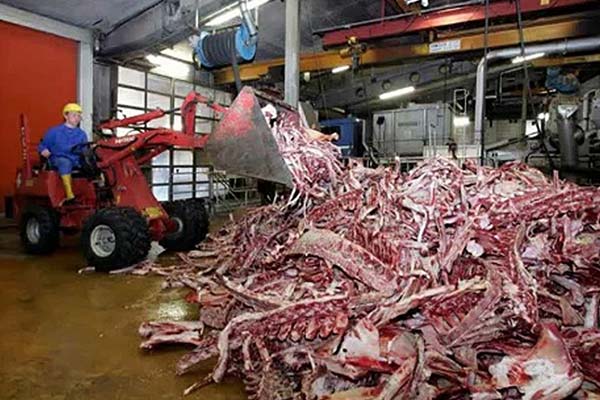 Castoreum is a flavoring ingredient used in sweets and ice cream.

It is a yellowish secretion taken from the castor sacs of the mature North American and European beavers.

Beavers use castoreum in combination with urine to scent mark their territory.

Doesn't sound very appetizing, does it? 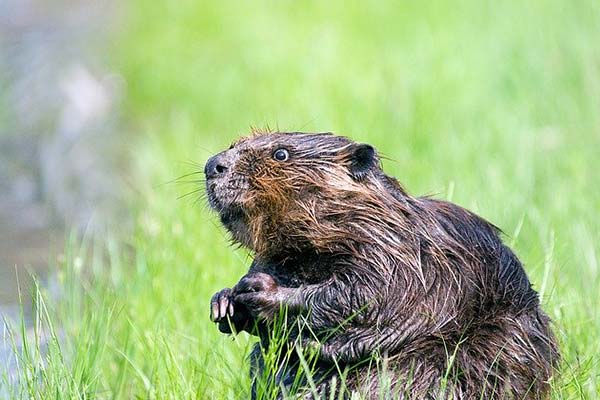 When someone asks you what your wine is made of, you will immediately think “grapes”.

However, wine, and even some types of beer, can contain animal-derived ingredients.

One of these ingredients is isinglass, an ingredient extracted from fish bladders and serves as a clarifying ingredient.

Wines and beers aren't always listed as vegan (or not) on the bottle, so you may not know what you are drinking. The best place to check whether a brand contains isinglass is on the Barnivore website.

Isinglass is also used in making jellies and glue.

Lipase can be vegan-safe if the source is plant-based.

However, lambs and calves’ tongues are also used to produce this ingredient, which is commonly found in digestion enzyme supplements.

Additionally, pepsin, derived fro the stomach lining of pigs, is also used in this type of supplement.

Rennet is and enzyme extracted from the stomach lining of new-born calves. It is used to coagulate milk, in order to form a thick curd.

Alternative sources of rennet can be obtained from certain bacterial or fungal organisms, and even from genetically modified microorganisms. 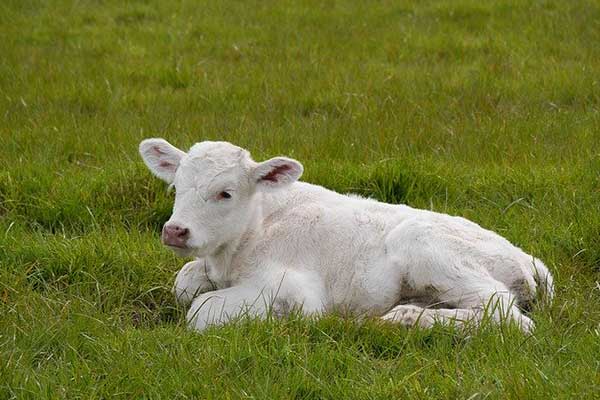 Caprylic acid is a medium-chain fatty acid that is found in palm oil, coconut oil, and the milk of humans and bovines.

It is a tricky ingredient because it is found in both plants and animals.

Similar to the other ingredients in this list, caprylic acid can function as a coating or filler for supplements

Milk by-products are still dairy, and a very common diary product is casein, which is a protein found in mammalian milk.

Casein is essential in the production of cheese, and, for record, it is also proven to promote the proliferation of prostate cancer cells such as PC3 and LNCaP prostate cancer (1).

Casein is found in other products such as coffee creamer, crackers and cookies.

Whey is a cheese by-product, mainly used in the production of sweets and bread.

When strained, the liquid form of curdled milk is whey, while the solid form is the curd.

Whey can also be turned into whey protein, which is the primary ingredient found in protein shakes and other supplements used by athletes and gym enthusiasts.

Carmine is a bright red ingredient commonly used as a food dye. It is extracted from the crushed remains of the female cochineal insect and is very common in sweets and desserts.

Confectioner’s glaze, resinous glaze, natural glaze, and pure food glaze are all names for an ingredient that uses a secretion of the lac insect.

The secretion hardens into a material with resin-like quality and is harvested from the trees in which they reside.

The glaze may also be labelled as shellac, and is identifiable by the glossy coating and glistening effect it gives to sweets and treats like chocolate covered raisins.

According to The Vegetarian Resource Group, approximately 300,000 lac insects are killed for every kilogram of lac resin, and 25 percent of all unrefined, harvested lac resin is composed of ‘insect debris.’ (1).

Bee pollen is widely marketed as an antioxidant that promotes liver and immune system health. Because of these benefits, it has become a popular supplement.

Bee pollen is stored on the leg sacs of worker bees and is “rubbed” off when they enter the hive through bee pollen traps. Sadly many bees die and/or lose their limbs and wings in this process.

For honey bees to produce honey, they consume pollen and nectar from a variety of flowers.

Pollen is simply a powdery substance consisting of pollen grains, which are male microgametophytes of seed plants. So if you want plant-based nutrition, just eat plants! 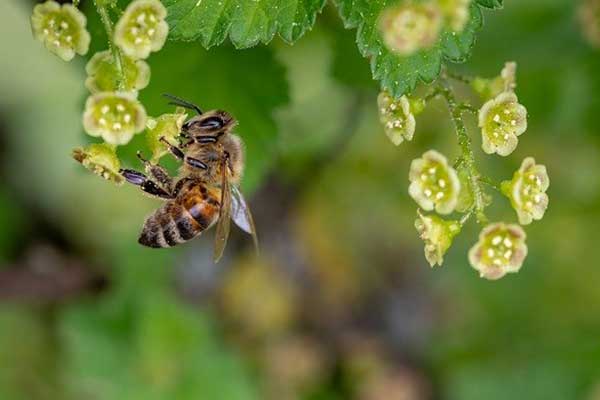 We all know that honey isn't vegan., but some have never heard of it's sibling, Royal Jelly.

The majority of bee larvae eat honey, but Royal Jelly, on the other hand, is a secretion used to feed the queen bees and their young; produced by female worker bees. Think of it as gourmet honey.

Because of its nutritional content and purported benefits, Royal Jelly is now a popular food supplement.

This amino acid is extracted either from human hair or duck feathers.

L-cysteine can be made synthetically but can be cheaply extracted from human hair.

The hair is broken down into acids and L-cysteine is separated using chemicals.

Thanks to its conditioning properties, L-cysteine helps produce large batches of baked goods. It also helps bread retain its softness for longer.

To avoid this animal-based ingredient, you can make your bread at home, or check with your local baker before buying.

Even the most astute vegan may unknowingly consume animal-derived ingredients from time to time.

The animal agriculture industry doesn't like to waste any of the corpse; every part of the body is a money-making opportunity.

From your family-friendly vitamin supplements to the kids' gummy bears, and even your loaf of bread, animal body parts are sneaked into a variety of foods – and always unnecessarily so.

We can always use plant-based alternatives. We have the technology; there is no excuse.

You have the power to vote with your money. You can choose what to buy and what not to buy and steer the ship of change.

A good example of this is the carmine Starbuck's used to use to create its Strawberry Frappuccino. That was until a savvy consumer from South Carolina started a petition and they were forced to swap out the ingredient due to bad press.