Fruits and vegetables are a vital part of our diet, giving us the essential nutrients required for optimal health.

But what if on one hand they are healing our bodies, and on the other putting our health at risk?

It is no secret that “big” agriculture makes use of pesticides to stop disease, weeds and pests spoiling crops.

To run a profitable growing business that supplies big supermarket chains and feeds a huge amount of people, you can't have 10 acres of potatoes ruined by blight half way through the season.

The Impact of Pesticides on Our Health

There are various types of pesticides, including fungicides, herbicides, and insecticides – each designed to target a potential problem that may affect the harvest.

This means that pesticide residues are found on and inside the food we eat and drink, particularly fruits and vegetables, and specifically the ‘Dirty Dozen'!

The problem is that pesticides are not just toxic to insects and pests, but also to the environment, wildlife, and humans (1, 2).

Pesticides cause ecosystem disruption and water contamination, and exposure and ingestion are associated with adverse health ranging from allergic reactions and headaches to cancer.

Pesticides are toxic to humans. And some produce puts us at greater exposure to this toxicity than others. 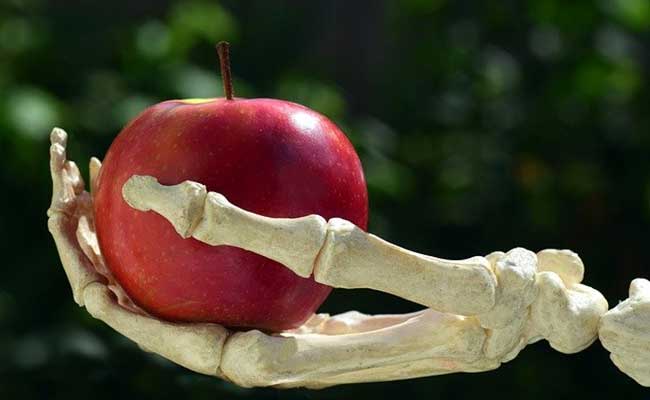 Each year The Environmental Working Group (EWG) compiles a list of the most pesticide-concentrated produce: aka the Dirty Dozen (3).

The list is somewhat alarming because it contains some of the most nutrient-dense foods that most people eat regularly, those responsible for improving the immune system and fighting disease.

Rather than cut these foods out of your diet altogether, make sure you read the section below the list for further advice. 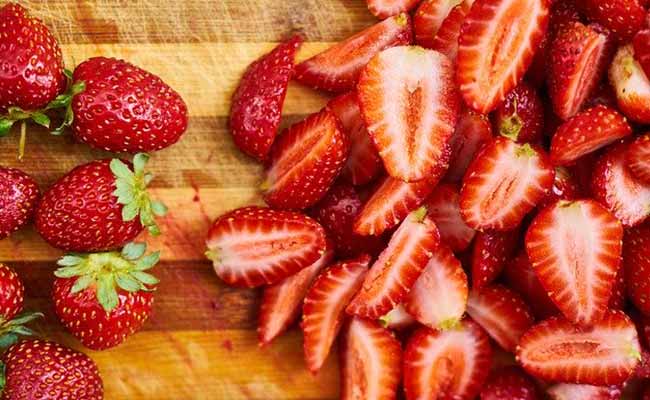 At the top of the list is the wonderful strawberry – for the fourth year!

According to the environmental organization’s report, an average of 7.8 different pesticides in every sample of strawberries was found. 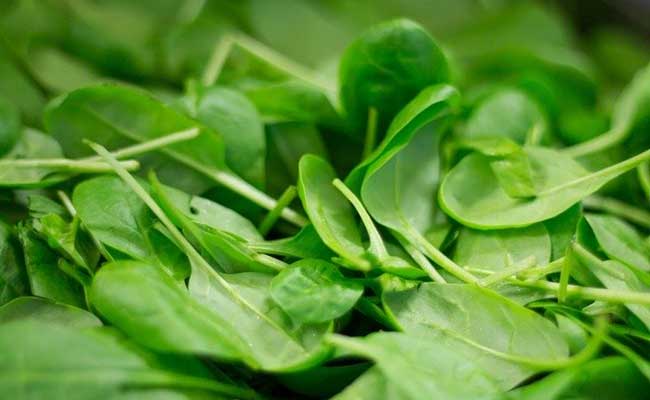 Another constant list-topper is spinach.

This staple green is packed with nutrients and fiber, all beneficial to the body, but according to the report released by EWG, three-fourths of samples tested were contaminated with a neurotoxic bug killer banned from use on food crops in Europe (4). 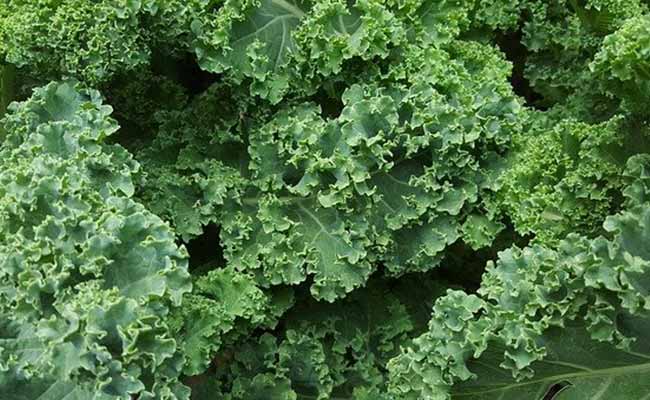 Here comes the big surprise: Kale, stacked with Vitamin A, C, B6, and Iron, takes third spot on the list. Considering that in the previous year Kale didn't make the Dirty Dozen, that's quite a feat.

EWG’s test data revealed that over 92% of the samples contain two or more pesticide residues, and a suspected carcinogenic pesticide was discovered in almost 60% of kale samples. This veggie is extremely nutritious, but organic is wholly preferable (5).

More than 92 percent of kale samples had two or more pesticide residues detected, and a single sample could contain up to 18 different residues. The most frequently detected pesticide, found on nearly 60 percent of kale samples, was Dacthal, or DCPA – classified by the Environmental Protection Agency since 1995 as a possible human carcinogen, and prohibited for use in Europe since 2009. 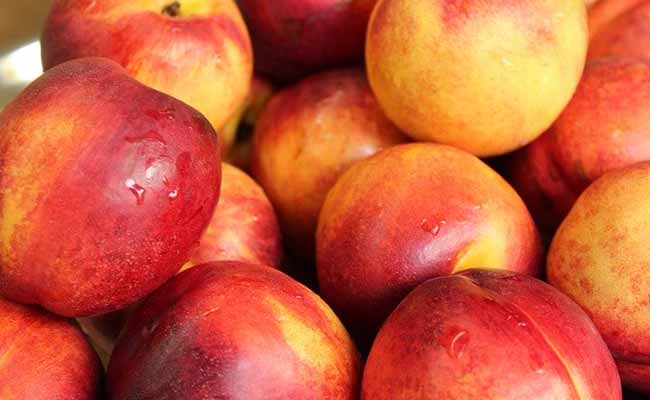 This popular summer fruit is packed with vitamins and minerals like potassium, Vitamin A and C. It is also low in calories and high in fibre.

However, if you are consuming varieties that are inorganically grown, you will be exposing yourself to the adverse effects of pesticides. 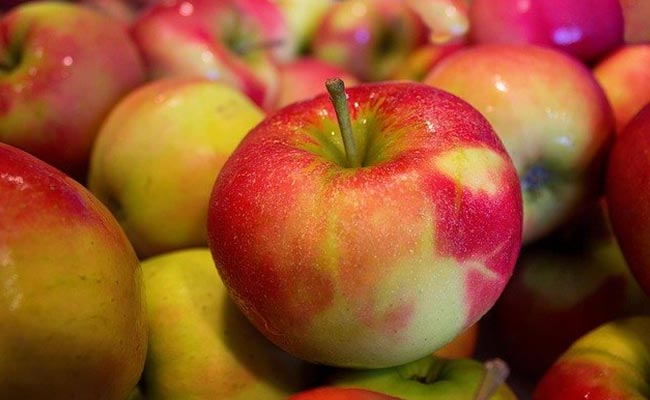 Sealing its place in the top five dirtiest produce list is the humble apple. Apples are one of the most widely eaten fruits the world over, but an apple a day may not end up keeping the doctor away – at least in the long term.

On average, apple samples were contaminated with 4.4 pesticide residues. Some of these residues are highly concentrated. Time to grow your own apple tree, or buy locally from a pesticide-free orchard. 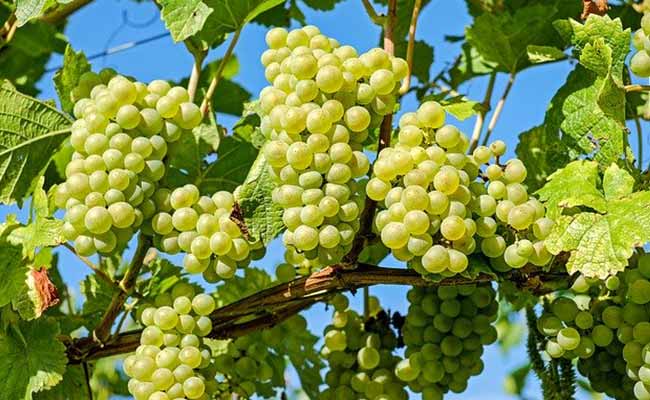 Aside from its antioxidant properties, grapes owe its popularity to its ability to relieve certain conditions such as constipation, indigestion, and cardiovascular problems.

Yes, the greatness of this healthy fruit is undeniable, but try to buy organically grown varieties; otherwise, you are exposing yourself to toxic pesticides. 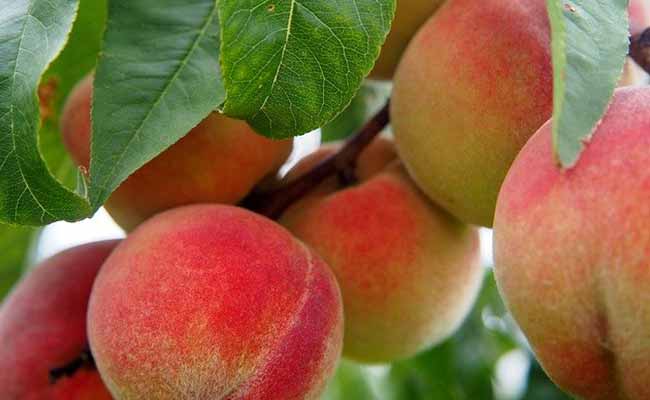 Similar to the nectarine, this stoned-fruit is a summer favorite. Regardless of being rich in vitamins, minerals, and antioxidants, according to the recent EWG data analysis, it is also one of the Dirty Dozen, 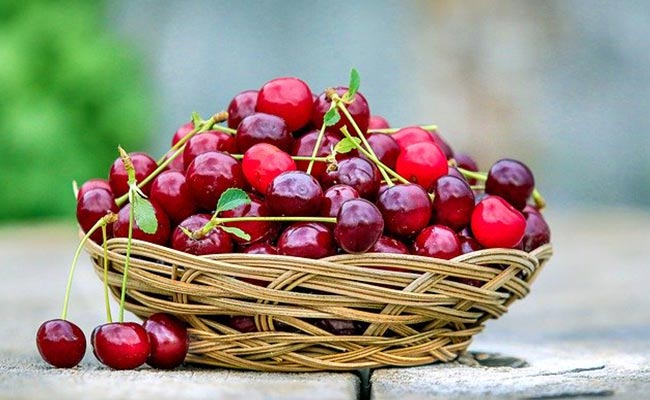 They may not be on top (pardon the pun), but cherries are unfortunately among the dirtiest fruits out there.

Even though they will top up your Vitamin A and C and Potassium, Calcium, Magnesium, the level of pesticide residue found on this sweet fruit is potentially hazardous to health. 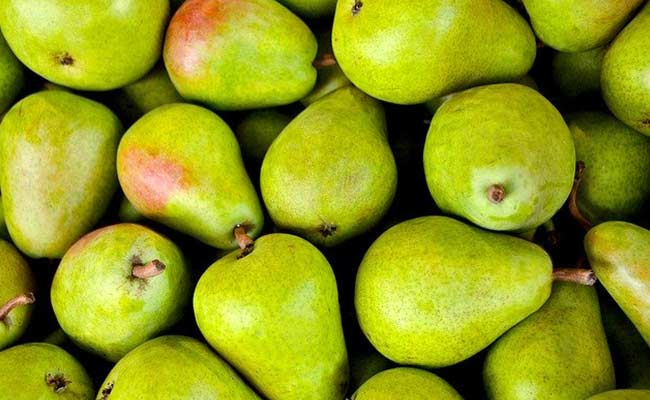 Like the apple, the pear is well-loved for its delicious, juicy flesh; dietary fibre; and antioxidant properties.

Pears are a favorite on-the-go snack and commonly associated with dieting, improving digestion and regulating blood pressure. But yes, sadly, the average pear is riddled with pesticides. 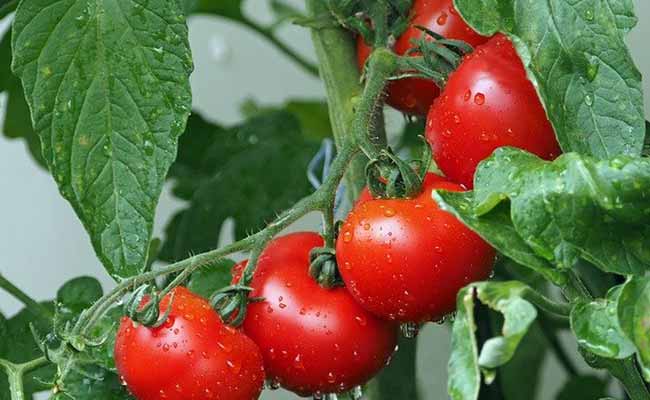 Another highly contaminated produce is the fruit-slash-vegetable, the tomato.

Tomatoes contain Lycopene, a carotenoid associated with a decreased risk of chronic diseases, such as cancer and cardiovascular disease, so cutting it out of your diet would be madness.

Try to go organic if you can. 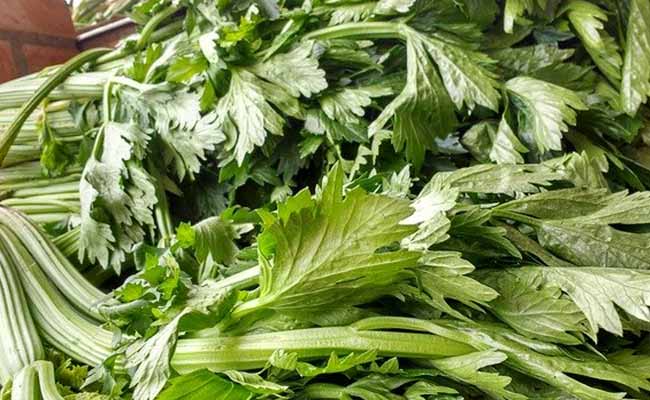 These crunchy green stalks pack in folate, potassium, manganese, pantothenic acid, and plenty of fiber. But they also come with an unhealthy dose of pesticides. 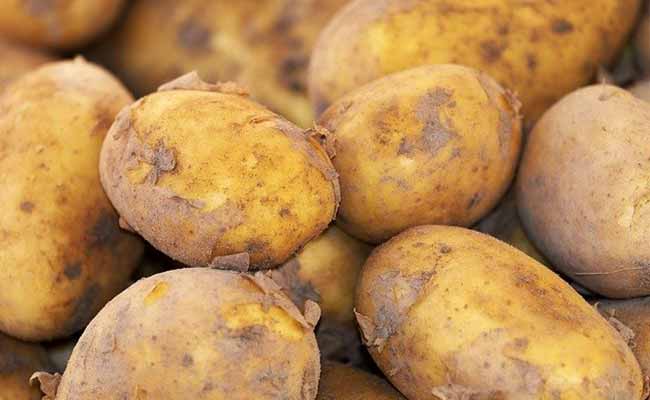 This humble root vegetable is a powerful one. Potatoes are packed with protein, Vitamin C, B6, Iron and more. But if you're consuming potatoes as a regular staple you might want to choose organic.

The Risk of Pesticide Cocktails

Big agriculture stands by the science that in the majority of testing the pesticide concentrations do not exceed the legislatively determined safe levels.

What they fail to mention is the more recent science that the risk of toxicity is massively increased through simultaneous exposure to two or more chemical substances, which occurs in real-life conditions and may have synergistic effects.

In vitro results show that pesticide cocktails cause DNA damage on lines of human cells (6).

So ingesting one type of pesticide may not harm you, but ingesting two or more types together poses a much higher health risk (7).

Moreover, the cumulative effects of ingesting pesticide cocktails over many years are largely unknown.

=> Read: Is Glyphosate Safe? What the Science Says

Organic generally means working for and with nature rather than against it using harmful toxins that interfere with its processes.

Organic production has to comply with certain agricultural standards that uphold this principle.

The pesticide residues in and on inorganic produce we consume can cause adverse health effects over time.

Long term pesticide exposure has been linked to the development of Parkinson’s disease; asthma; depression and anxiety; attention deficit and hyperactivity disorder (ADHD); and cancer, including leukaemia and non-Hodgkin’s lymphoma (8).

One study found that choosing organic makes a significant difference in the level of pesticide residue in the body.

Four racially diverse families were the subject of the study for two weeks, with the first week focussed on inorganic consumption and the second for a totally organic diet. 158 urine samples were collected for testing during the study.

The results showed significant reductions in urinary levels of thirteen pesticide metabolites and parent compounds following the introduction of an organic diet. The insecticide Malathion, a human carcinogen (according to WHO), dropped by 95% (9).

So if you were wondering whether or not the extra money you pay for organic products really make a difference, the answer is yes.

As adults, we may not see the effects of pesticides in the short term, but this is not the case for young children, especially developing babies inside the womb.

Even low levels of pesticide exposure can be harmful to infants, babies and young children, so when possible, parents and caregivers should take steps to lower children's exposures to pesticides while still feeding them diets rich in healthy fruits and vegetables (10).

One step better than organic would be to buy veganic produce, which unfortunately isn't widely available but can be grown in your garden or purchased from local growers and markets.

Veganic is organic but has the added benefit of not using agricultural products that are derived from animals, which may have consumed pesticides and other toxins in their feed and while grazing.

Now you know the fruits and vegetables that contain the most pesticides, you're probably wondering what the cleanest are.

Well, along with the Dirty Dozen, the EWG also publishes the yearly Clean Fifteen, which documents the 15 least contaminated produce (11).

Check out the list below to know what produce you should prioritize when grocery-shopping.

A number of these 15 make good alternatives when your budget doesn't afford you the organic version of the Dirty Dozen.