You are here: Home / Health / Is Olive Oil Good for You or Just a Mediterranean Myth?
Health

Olive oil is generally considered a go-to healthy oil, and a healthier fat source than animal products and other oils.

Olive oil is associated with sun and sea, with longevity and health, with omega 3s and antioxidants.

But few people stop to consider that oil is a processed food, high in both fat and calories.

This has implications for heart health.

Moreover, as a concentrated source of fat, it doesn’t retain all the nutritional value that comes with eating the whole plant source.

Indeed, many doctors and nutritionists now advise against eating oils, citing them as detrimental to health and unnecessary.

In this article, we will explore the concerns around using this oil and explain why it may not be as healthy as you think – despite its association with the ‘Mediterranean diet'. 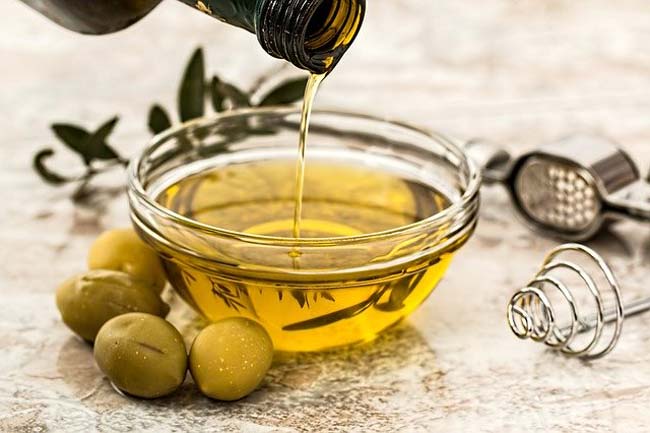 Diet plays a part in how well the arteries can dilate to allow blood to flow where it is needed in the body.

One of the ways to determine if something is good for the heart is to observe how it affects the endothelial cells which line the cardiovascular system.

Several functions of these cells include helping to form new blood vessels, aiding in the clotting of blood, and acting as an obstruction between the body’s tissues and the blood flowing through.

Having endothelial cells that are damaged is a sign of disease and an indication of the development of atherosclerosis (plaque on the arteries).

Ultrasound can be used to test how well the endothelium – cells that line the interior surface of blood vessels and lymphatic vessels –  is working by performing a Flow Mediated Dilation (FMD).

This procedure measures changes to see if the endothelium is enlarging enough for blood to flow through, indicating that the cells are healthy.

One study measured FMD in people who had eaten meals that contained oil. They found that there was the same level of decline in FMD in those who ate olive oil as the participants who consumed a fattier meal such as a burger and fries (1).

Another study showed that olive, soybean, and palm oil had a negative effect on endothelial function (2).

Another study found that people who ate a meal containing a lot of olive oil experienced an impaired ability for the arteries to dilate. The meal with olive oil reduced FMD by 30% while the other meals did not significantly reduce FMD (3).

High-fat diets can also increase the risk of atherosclerosis (a disease of the arteries characterized by the deposition of fatty material on their inner walls.), while diets low in fat have a preventative effect against atherosclerosis.

When looking for healthy fats, opt for nuts and seeds, not oils.

Scientists found that feeding monkeys a diet high in monounsaturated fat lead to the development of coronary artery atherosclerosis.

Another animal study investigating the impact of different fats compared to monounsaturated fats (like olive oil) with saturated fat.

The monkeys who consumed the monounsaturated fat did have lower cholesterol levels. However, they developed the same amount of coronary artery atherosclerosis as those on the saturated fat diet (4).

Studies like this show that consuming even the so called “better” oils can still damage the arteries and have a negative effect on heart health. Just because cholesterol health appears better, it doesn’t mean arterial damage hasn't occurred.

Additionally, olive oil should not be considered protective, or used by those with high cholesterol who may think it is a healthier option than other fats.

One randomized study took 12 healthy subjects and 12 patients with hypercholesterolemia and gave them 2 high-fat meal sequences, to which 25g olive oil or 40g walnuts had been added.

Both test meals contained 80g fat and 35% saturated fatty acids, and consumption of each meal was separated by 1 week.

One research study gave participants, both healthy and those with high cholesterol, olive oil after consuming a meal rich in saturated fat.

In both study groups, flow-mediated dilation (FMD) was worse after the olive oil meal than after the walnut meal (5).

Olive oil is not a whole food—it is a fattening, low-nutrient, processed food, consisting of 100% fat. One tablespoon of olive oil has 120 calories, as do all oils. One-quarter cup has 500 calories.

When oils are consumed, the fat is quickly absorbed.

However, whole foods, even those that contain fat, are absorbed and digested at a much slower rate.  This means there is time for the fat to be burned for energy instead of turning it into stored fat.

Consuming fat can also lead to a total increase in the number of calories needed to feel satiated.

Therefore eating oils can contribute toward overeating, which may lead to weight gain and subsequent obesity. Weight gain can also contribute to high cholesterol and insulin resistance, along with other negative health effects.

Oils are processed; they are extracted from whole foods. These whole foods contain the fat, fiber, antioxidants, and phytochemicals all in one food. Oils are a dense source of calories without the nutrients and fiber found in the foods they came from.

It’s far better to get fat from a whole food that contains the benefits along with fewer calories.

When fats are ingested in the form of extracted oils, they are rapidly and efficiently absorbed by the body and immediately converted into body fat.

Consuming a diet that is high in fat can lead to more fat in the bloodstream, and this contributes to higher levels of inflammation in the body.

The weight gained from consuming a lot of fat can further increase inflammation.

One study found that those who ate a high-fat diet had an increase in CPR, an inflammatory protein found in the blood. Even though they lost weight, CPR levels increased by 25%.

However, when the study participants switched to a low-fat diet and lost weight, their CRP levels dropped.

The same amount of weight was also lost but inflammation was decreased by over 40% due to the reduction in fat in their diet (6).

Inflammation can also harm the heart by contributing to the growth of plaque. Existing plaque can also rupture or clots can be formed. All these things may lead to a higher risk of heart attack.

Olive oil is high in monounsaturated fats and consuming it instead of saturated fat or trans fats can help to lower both LDL and total cholesterol.

This is a good thing. Eat more plant-based fats over animal fats and artificially enhanced fats.

But while it’s true that olive oil is a better option than animal-based fats, it still isn’t considered healthy.

Simply swapping out a very unhealthy oil for one that is slightly better doesn’t mean consuming olive oil comes without any health risks (7).

When a food is deemed “healthy”, we should always ask the question: “Compared to what?”

But What About the Mediterranean Diet?

With the evidence mounting against olive oil, you may be wondering about the Mediterranean diet. This is argued to be one of the healthiest ways to eat, and olive oil is a main feature.

Does that mean this diet isn’t healthy? Or, do the health benefits that come with a Mediterranean diet mean it is okay to consume olive oil?

The Mediterranean diet includes a large number of whole plant foods. When olive oil is consumed, it is done so with a lot of vegetables.

It is also often consumed along with nuts and seeds, which we know absorb some of the fat.

Consuming nuts has also been linked to a decreased risk of cardiovascular disease and type 2 diabetes. One study found that nuts can have a positive effect on blood lipid levels and can help lower cholesterol to help prevent coronary heart disease (8, 9).

Regardless, research shows that those who follow the Mediterranean diet and eat olive oil still have reduced endothelial function (10).

So it appears that the Mediterranean diet is healthy in spite of the fact it includes olive oil, not because of the oil itself.

Unrefined plant foods, rather than olive oil, provided the bulk of the omega-3 fatty acids, antioxidants, phytochemicals and minerals in the Mediterranean diet.

In fact, one study found that adding vegetables rich in antioxidants to a high-fat meal helped restore vascular response.

This indicates that the reason the Mediterranean diet is so successful at decreasing the risk of heart disease is because of the whole, plant-based foods, not the olive oil.

If olive oil were replaced with a whole food fat source, the diet would become even healthier (11).

If olive oil is not healthy, does the same hold true for the extra virgin variety, which is extracted using natural methods and standardized for purity.

It appears not. While extra virgin olive oil is higher in antioxidants, the effects on the body are still the same.

One study found that extra virgin olive oil has a similar effect on endothelial function to regular olive oil.

This study also looked at soybean and palm oils and no difference was found.

Researchers concluded that all vegetable oils increased triglyceride plasma levels in healthy test subjects (12). A high level of triglycerides in your blood can increase your risk of heart disease.

Is Olive Oil Good for You? In Summary

The health benefits touted for olive oil are generally centered around antioxidants and omega 3 intake.

Olive oil has been associated with cardiovascular benefit in some studies, such as some research from Spain (a large producer) that showed improvement in blood vessel health in the short term (13, 14).

However, a 2014 meta-analysis evaluating observational studies of olive oil consumption reported that consumption was associated with a decreased risk of stroke but not coronary heart disease (15).

It is certainly true that this oil has some healthy properties and is preferable to consuming animal fats. But it is possible to get the same benefits and more by consuming whole plant foods, as nature intended.

What the science suggests is that the success of the Mediterranean diet is due to the prevalence of unrefined plant foods like vegetables, fruits, nuts, beans, and grains and very limited amounts of animal foods

So instead of consuming olive oil, why not eat whole olives instead? In doing so you avoid long-term damage to the arteries and the risk of weight gain.

Oils are 100% fat. They are a heavily processed food, and as nutritional science shows, whole, plant-based foods are preferable.

Try other whole-food substitutes instead such as avocados, nuts, and seeds, which will give you the nutrient-rich benefits of plant foods without the risk to heart health.

Indeed, eating nuts has been shown to have a stronger longevity-promoting effect than olive oil (16). So top your salad up with nuts and seeds instead of olive oil.