You are here: Home / Health / What Happens When You Stop Eating Meat?
Health

Many people are choosing to reduce their meat consumption by participating in meatless days or cutting meat out of their diet altogether.

Not only does eating a more plant-based diet mean that you will save more money, but it helps to reduce the suffering of animals and is better for the environment.

The biggest reason to stop eating meat is that doing so comes with an astonishing number of health benefits.

Additionally, it also reduces the suffering and killing of animals and contributes to creating a healthier planet.

If you’ve recently made the switch or are considering doing so, you may be interested to know what actually happens when you stop eating meat. 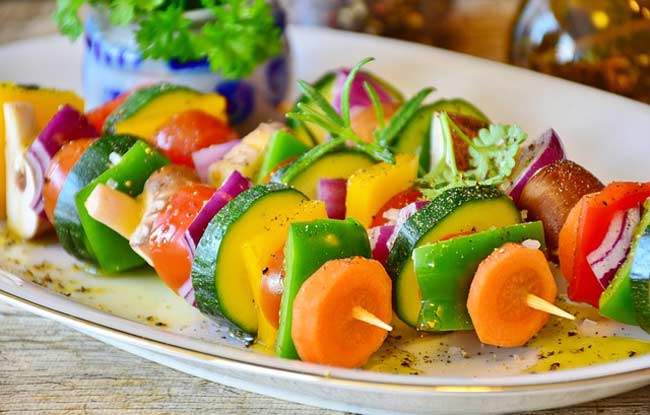 8 Things That Happen When You Stop Eating Meat

There is a growing body of evidence that links eating meat to many chronic diseases like heart disease, cancer, stroke, and diabetes.

The World Health Organization has categorized processed meats as a group one carcinogen while red meat was deemed to be probably carcinogenic.

Major diseases are the leading cause of death so simply removing meat, the link to many of these diseases, means you will likely live a longer, healthier life.

Groups of people who abstain from eating meat like the Seventh Day Adventists also have a longer lifespan than the average American, which is attributed to their diet and other healthy lifestyle habits.

Research has found that eating a meat-free, plant-based diet can have an impact on your body's telomeres.

These protective DNA-protein complexes promote chromosomal stability and, when shortened, are a marker of disease risk, premature mortality, and disease progression.

Researchers found that participants who underwent a lifestyle change that included cutting meat from their diet had more telomerase activity (1).

Eating a plant-based diet can lengthen telomeres and help cells to age at a slower rate, which could, in turn, lead to a longer life (2).

Animal products cause inflammation in the body, which is linked to disease.

A review of evidence between diet and inflammation found that meat-based diets had the highest biomarkers of inflammation.

Vegetable- and -fruit-based diets were found to have an inverse association when it came to inflammation (3).

Chronic inflammation in the body is connected to the development of many diseases, including stroke, diabetes, heart attacks, osteoarthritis, and atherosclerosis. This includes chronic low-grade inflammation that can occur as a result of smoking or eating an unhealthy diet (4).

One of the indicators of inflammation in the body is called C-reactive protein (CRP). When study participants adopted a vegan diet they had lower CRP, while those who were vegan prior to the study had the lowest CRP risk.

This shows that cutting out meat from your diet decreases inflammation, with the positive effects increasing over time (5). 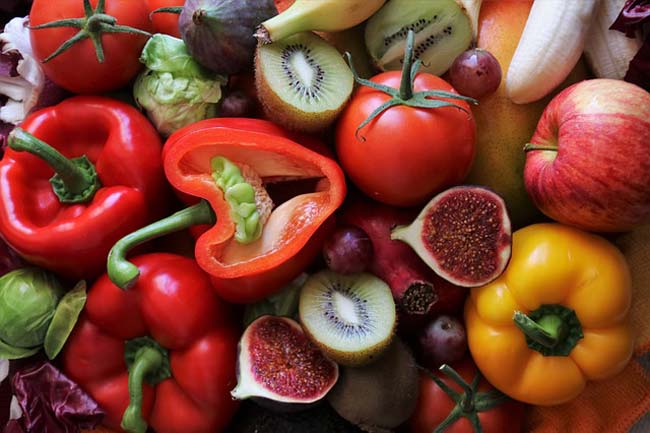 Keeping cholesterol within a healthy range is one of the keys to avoiding major diseases.

Meat and poultry are high in saturated fat which can increase the level of cholesterol in the blood, so when you stop eating meat you lower cholesterol.

High cholesterol is also a risk factor when it comes to stroke and heart disease, which is the leading cause of death in the United States.

Studies show that eating a vegetarian or vegan diet causes blood cholesterol to decrease by up to 35%.

Diets that only included small amounts of lean meat didn’t have as large reductions as the plant-based diets (6).

One of the reasons for this is that a plant-based diet is naturally low in saturated fat and often contains little to no cholesterol.

Those who exclude meat typically consume much more fiber in the form of vegetables and beans. A fiber-rich diet has also been linked to lower blood cholesterol, and soy products may also be effective at reducing it too (7).

There was even more regression of their atherosclerosis after 5 years compared to the control group of the study who had more than twice as many cardiac events in the same period (8).

Another study found that unprocessed red meat and other processed meats are unhealthy, even if they are low in saturated fat.

They cautioned against promoting deli meats like chicken or turkey because of their sodium content and preservatives. Researchers also found strong connections between processed meat consumption and coronary heart disease (9).

The National Institute of Health along with AARP conducted a study on half a million people to see if there was a connection between meat consumption and mortality.

Participants were aged 50-71 and the study found that those with the highest consumption of red and processed meat had an elevated risk of cardiovascular disease.

Furthermore, there were increases in total mortality, cancer mortality, and cardiovascular disease mortality associated with red and processed meat consumption (10).

If you stop eating meat you lower your risk of dying of the number one killer in America, heart disease. 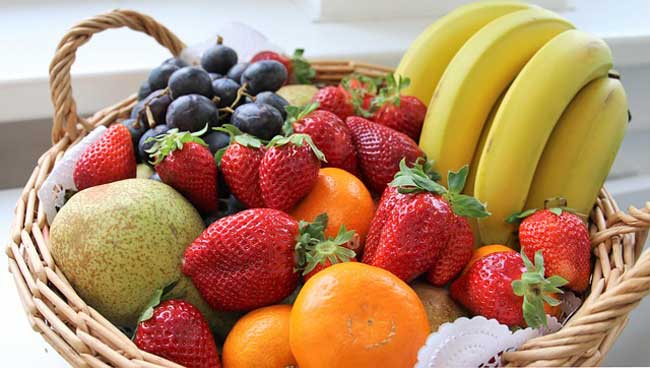 When most people think of genes, they might think of the genetic traits passed on to you by your parents.

It is a common belief that once genes are already determined they cannot be changed or improved upon. However, scientists have found that many factors, including diet, can have an affect on your genes.

One pilot study found that men with low-risk prostate cancer had a decrease in the expression of their cancer genes after undergoing a nutrition and lifestyle intervention that meant adopting a plant-based diet.

Studies like this show that a plant-based diet can help to actually “turn off” the genes that promote cancer while simultaneously activating genes that are preventative or protective (11).

Eating a diet rich in whole plant foods that are full of nutrients and antioxidants can also affect the telomeres after just three months.

However, a study on the long-term effects of lifestyle changes found that telomere length was increased even after 5 years (12).

The bacteria that live in the gut are heavily influenced by our diet and transitioning to a plant-based way of eating has a lot of beneficial effects on our microbiome.

These microorganisms not only play a part in digestion but have also been shown to have an impact on immune function and cardiovascular disease, inflammatory bowel disease, and other health conditions (13).

Eating meat also assists in the creation of trimethylamine oxide (TMAO), which is a byproduct made by bacteria in the gut through digestion.

Certain bacteria in our gut turn choline into trimethylamine (TMA), which is absorbed into our system and oxidized by our liver into TMAO.

Researchers now use TMAO as a marker to predict the risk of many diseases.

However, eating a plant-based diet positively changes the gut bacteria and does not produce TMAO.

Just cutting out meat for a short time is enough to help the health of the microbiome change rapidly (15).

Those who consistently eat a plant-based diet also change their gut bacteria to such a degree that, even after eating meat, they don’t immediately start producing TMAO again.

If they do make any TMAO, the amounts are minimal, which suggests that a vegetarian or vegan diet can be protective and healthy for the gut (16). 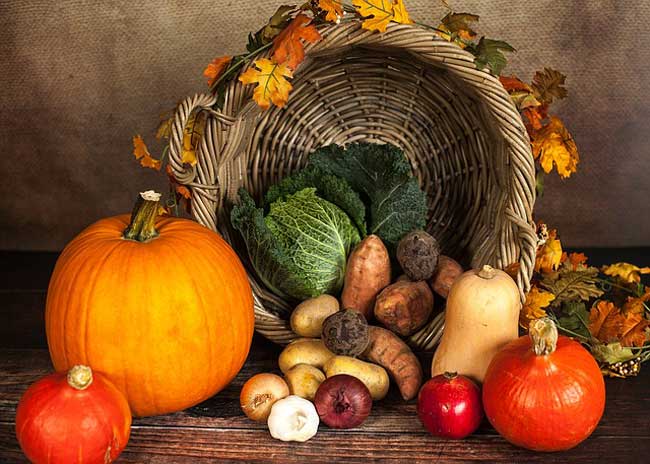 7. You’ll Get a Healthier Form of Protein

Most people are concerned about getting enough protein in their diet.

However, most Americans who eat meat get the majority of their protein from animal products. This often leads to an excess of protein in the diet which the body turns to fat or discards as waste.

Protein from animal products like meat is also linked to weight gain. Additionally, it contributes to heart disease: research shows that vegetarians have a 29% lower mortality rate from heart disease than nonvegetarians.

In addition, consuming animal protein can contribute to a higher risk of type 2 diabetes.

Researchers did not find an association between plant protein intake and diabetes, which shows that plant-based sources of protein do not come with the associated health risks (19).

It is possible to get enough protein in one’s diet without consuming animal products. Not only that, but you will likely have fewer health problems because your protein source will be much healthier.

One of the best ways to help the environment is by adopting a meat-free diet. Animal agriculture and livestock are the biggest contributors to greenhouse gas emissions, producing more than all transportation-related emissions.

Eating meat also contributes to deforestation to create land for grazing, which in turn causes the destruction of habitats and wildlife, and may even contribute to the extinction of entire species.

Not only that, but meat is incredibly wasteful. It takes approximately two thousand gallons of water to produce a single pound of beef. The majority of crops being grown are fed to livestock instead of people, who in some parts of the world may be suffering from hunger or starvation.

Large scale fishing operations are stripping the oceans of life, and soon oceans may soon be completely depleted of fish. This is causing a hugely negative impact on other marine animals and ecosystems around the world.

The waste byproducts of factory farms are also polluting the soil and leaching into groundwater and causing contamination and illness.

If you stop eating meat, you're literally saving the planet.